** Last call for tomorrow’s (Saturday’s) field trip to the Mapleton Acadian Forest Eco Reserve.  The meeting time is 12:00 noon in Elgin at the Elgin Eco Park which is right in the town and well-marked and signed.  We will be led by Idella Lazar, a local historian, meeting her in her red Toyota at the Elgin Eco Park, and we’ll go from there to the trail head.  The trail through the woods is sometimes level and sometimes up and down, so wear appropriate footwear and dress for the weather which Mother Nature advises will be great.  The fall leaf colour show should be underway as well.  The drive to Elgin takes approximately one hour.  Suggested routes are to take Rte 895 at Anagance or Rte. 905 at Petitcodiac.  Both lead to Elgin, but the Rte. 905 from Petitcodiac may be the preferred one.  The hike will be approximately 3 hours or less, and then we will head to the Women’s Institute Turkey Supper nearby for fellowship and chatter and a great home-cooked meal.  To check out this special nature preserve, click on the link which I’ve attached below.  A map is attached with the photos.  A contact number if anyone is late or loses the group will be 866-2752.  This notice is slightly different from the write-up on the website at www.naturemoncton.com under Upcoming Events.
https://www.naturetrust.nb.ca/mapleton-forest

** WINTERBERRY HOLLY is a bush that grows well at Hay Island.  Aldo Dorio photographed a bush well-laden with berries that will cling onto the leafless branches all winter.  They’re becoming more obvious now as they ripen red and the leaves fall.  They do prefer to grow in wet areas.  They don’t seem to be the berry of first choice of bird connoisseurs, but they usually disappear over the winter.  Aldo shows a photograph of the bush and the ripened plump berries up close.

The Black-bellied Plovers are very much in their late season plumage. Aldo Dorio’s photos show that nicely. Note the shorter primary projection in one view compared to American Golden Plover.

** Brian Stone did a short Mapleton Park walk on Thursday and as usual saw lots of activity.  The four HOODED MERGANSERS [Harle couronné] are still present in the main pond as well as a seemingly out of place DOUBLE-CRESTED CORMORANT [Cormoran à aigrettes] and an expected GREAT BLUE HERON [Grand Héron].  The fall colours of the leaves of hardwood trees are coming on at the park, and seemingly abundant WOOLY BEAR CATERPILLARS were motoring about as well as a SPOTTED TUSSOCK MOTH CATERPILLAR.

** It’s hard not to go on about mushrooms after sudden mushroom rains.  I came across hundreds of HONEY MUSHROOMS just emerging on Thursday.  This choice edible loves stumps.  Our neighbours cut some hardwood trees a year or so ago, and all the Honey Mushrooms are delighted to start working on recycling the stumps.  I’m attaching a few photos to show them as they are just emerging.  They will expand and get larger.  The spore print is pale yellow whereas the Pholiota group that can look somewhat similar sometimes has a distinct dark brown spore print to easily differentiate the two.

** A few late season moths that visited the moth light on Wednesday night were the AUTUMNAL MOTH, FALSE HEMLOCK LOOPER and the MAPLE SPANWORM MOTH.  The Maple Spanworm Moth has the behaviour of perching to look like a leaf as its protective mechanism.  These moths are all medium-sized moths.

** This week’s Sky-at-a-Glance is added to this edition, courtesy of sky guru Curt Nason.
This Week’s Sky at a Glance, 2019 September 28 – October 5

Small constellations tend to get overlooked unless, like Delphinus the Dolphin, they have fairly bright stars or an eye-catching pattern. Aries the Ram and cleverly named Triangulum aren’t quite as pretty as Delphinus but they do get noticed. Okay, Triangulum isn’t pretty but it is acute, situated below Andromeda in mid-evening. Below it is brighter Aries, which resembles a somewhat squashed triangle.

In mythology, the god Hermes sent a flying, golden ram to rescue a prince who was being sacrificed to end a famine. The prince showed his gratitude by slaughtering the ram and giving its fleece to a man in exchange for his daughter’s hand in marriage. The Golden Fleece later became the quest of Jason and the Argonauts. Over 2000 years ago the Sun was in Aries on the first day of spring, and the vernal equinox is still called the First Point of Aries despite having moved into the constellation Pisces long ago.

Triangulum is not associated with an exciting tale from mythology but at times it had been regarded as a tribute to both the Nile Delta and the island of Sicily. I use the tip of the triangle as a reference for locating the Triangulum Galaxy, also called M33. It is almost halfway and a tad to the right of a line from the tip to orange Mirach in Andromeda. Smaller and slightly more distant than the nearby Andromeda Galaxy (M31), this face-on spiral galaxy is dim but attainable with binoculars in a reasonably dark sky.

The Moon is new and at perigee this Saturday, so expect extreme high and low tide levels this weekend. Jupiter and Saturn remain as the favourite targets in the early evening, with the Moon paying both a visit late in the week. Venus and Mercury set a half hour after the Sun this weekend. Venus can be seen with binoculars soon after sunset, but Mercury will be a more difficult target a binocular-field to its left. The slim crescent Moon will be a bino-field above them on Sunday, with the bright star Spica being a challenge to spot just below Mercury.

There will be public observing at the Irving Nature Park in Saint John and at the Moncton High School observatory at dusk on Friday, October 4. The Saint John Astronomy Club meets in the Rockwood Park Interpretation Centre on October 5 at 7 pm. All are welcome. 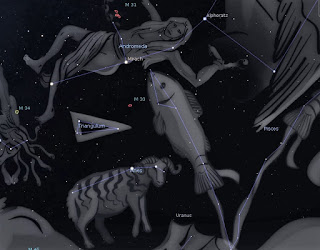 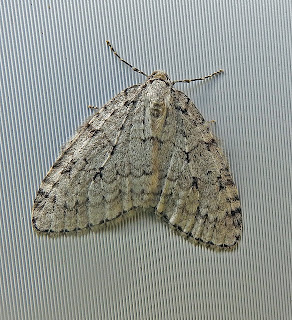 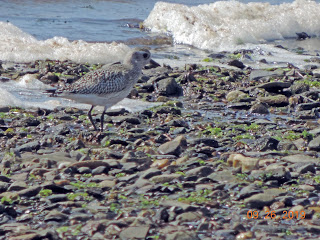 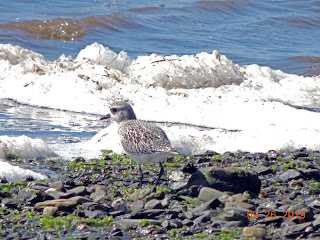 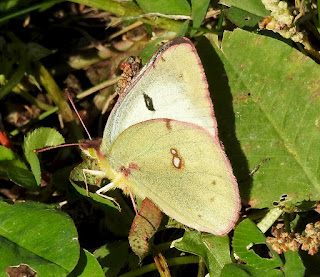 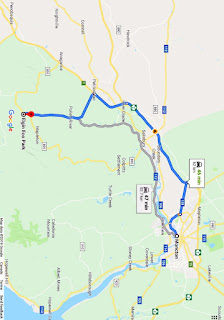 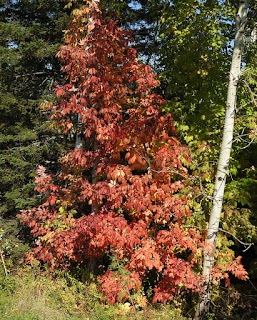 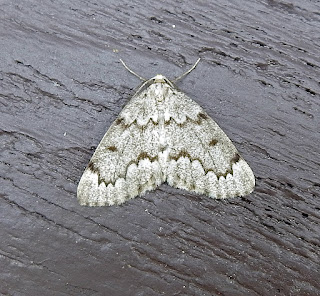 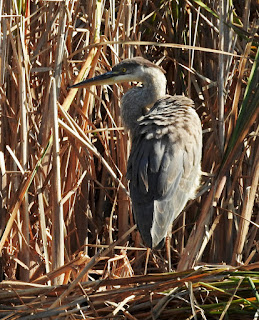 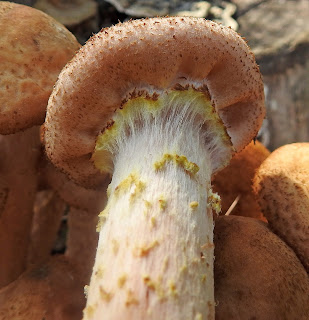 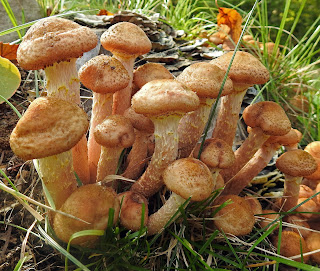 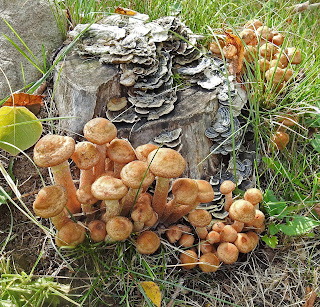 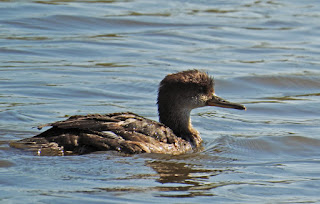 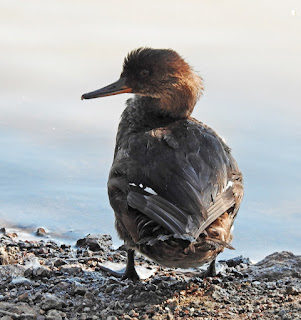 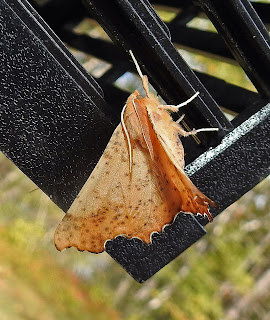 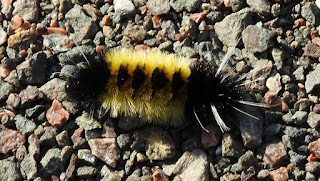 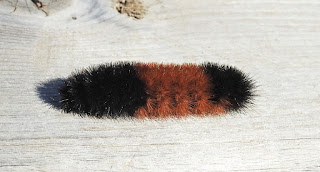