** Brian Stone checked Mapleton Park to find a RED SQUIRREL [Écureuil roux] going fruitarian, enjoying some over-ripe Choke Cherries [Cerisierà grappes]. He came across a WINTERBERRY [Houx verticillé] holly shrub abundantly laden with fruit and green leaves still intact. An ORANGE JELLY-FUNGUS  was doing its best to create a face appropriate for Hallowe’en. A second of two BALD-FACED HORNETS [Guèpe à taches blanches] was very high in a tree, compared to a low-hanging one he recently noted at the park. Both were quite tattered as if something may have broken them.

** Susan Richards was recently in Kew Gardens, in London, England. This is a very popular spot for visitors to London. Susan spotted a COMMON MOORHEN [Poule d’eau] as it scooted across a path from a dug-out spot. Common Moorhens are very common in England and Wales. It is considered a different species from the COMMON GALLINULE [Gallinule d’Amérique] that we get from time to time in New Brunswick.

Susan also got a photo of the striking MANDARIN DUCK [Mandarin] and its much more conservatively dressed female mate. Roger Burrows points out that this duck was introduced into Britain and is now a local breeding species. Roger’s experience with British birds also identified a LITTLE EGRET [Aigrette garzette] photo that is widespread and common now, all along the British coastline, and is a rare visitor to the Maritimes. Roger also identified the EURASIAN OYSTERCATCHER [Huitrier-pie], so similar to the American Oystercatcher but note the pink legs, which is the one feature to easily separate them. The curlew that Susan photographed in Wales is a EURASIAN CURLEW [Courlis cendré] not the Long-billed Curlew of North America. The shorebird group includes mostly COMMON REDSHANKS [Chevalier gambette], 2 Eurasian Oystercatchers [Huitrier-pie], and what Roger thought might be one COMMON BLACK-HEADED GULL [Mouette rieuse]. Roger also comments that October is a good month for shorebirds in Britain, with most species overwintering along the coast.
I’m running Susan’s photos because there’s always the chance of one of these appearing in the Maritime Provinces. So be ready for these mega rarities for us in New Brunswick. Susan also had a photo of a sign posted not to feed the birds. It sure looks like it means business 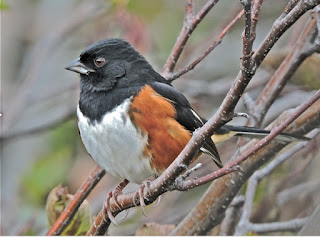 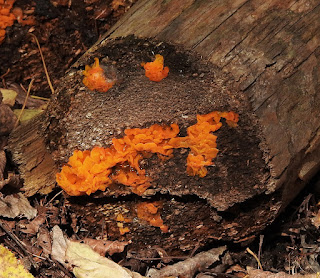 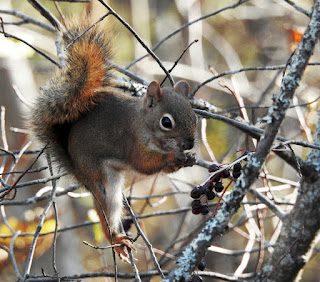 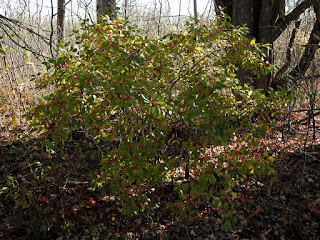 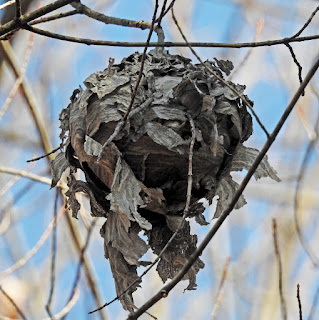 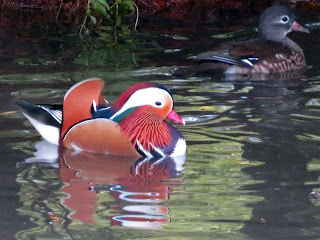 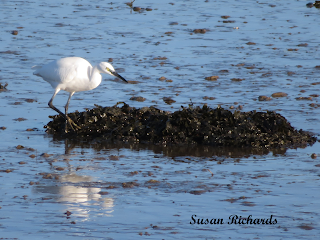 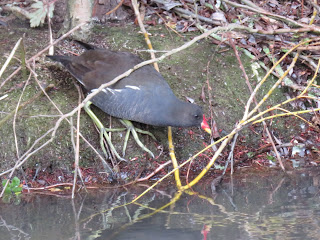 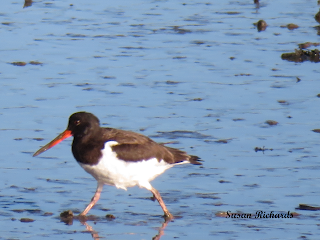 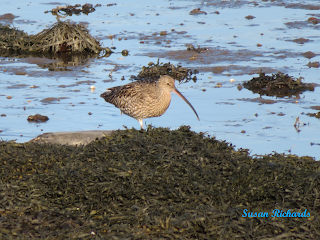 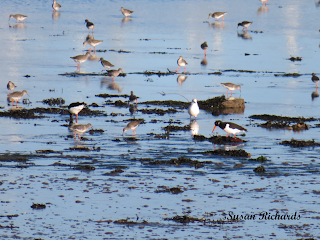 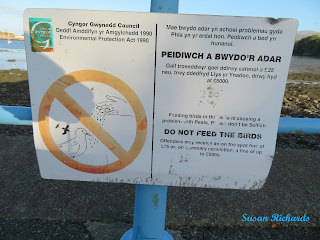