** Yvette Richard had a major fleury in her yard on Saturday morning and got a photo of a juvenile hawk mantling a BLUE JAY [Geai bleu] it had captured. The so-often queried identifying the differential features of COOPER’S HAWK [Épervier de Cooper] and SHARP-SHINNED HAWK [Épervier brun] can sometimes be a challenge, as Yvette’s photos show. Several of us have looked at the photos and are picking out features of both Cooper’s and Sharp-shinned Hawks. If this is a Cooper’s, it is a male, comparing it to the size of the Blue Jay prey, or a female if a Sharp-shinned Hawk. There is a leaning towards Cooper’s Hawk, as those chest vertical lines are very fine for a Sharp-shinned Hawk, plus other less convincing features.

** It sure was a challenging day for the Moncton Christmas Bird Count that ended with heavy rain and wind. However, some nice birds were tallied to include the several PINE WARBLERS [Paruline des pins], BROWN CREEPER [Grimpereau brun], COOPER’S HAWK, and no doubt other good reports that will come from the feeder counts that folks did and which will come out at the end of count week on Tuesday.

With all the open water a high number of CANADA GEESE [Bernache du Canada] were still about. There were also 50 BALD EAGLES [Pygargue à tête banche] at the sanitary landfill site, plus others in different zones.

** Some great photos Jamie and Karen Burris got in their zone of Pine Warbler [Paruline des pins], Brown Creeper, and a  hawk are attached.

** Georges Brun did not see the PEREGRINE FALCONS [Faucon pèlerin] on Assomption Place on count day as he had earlier in the week. Others checked several times as well, with no observations. Georges did see a group of MALLARDS [Canard colvert] and BLACK DUCKS [Canard noir] on the Petitcodiac River, near Hall’s Creek, with about 25% of them being Black Ducks. The Black Duck tally on the count was low, so it appears that these did not get tallied by the end of count day. 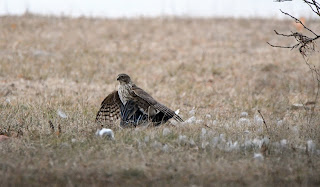 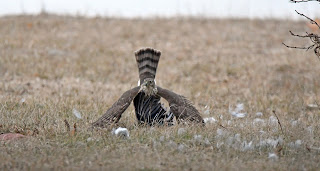 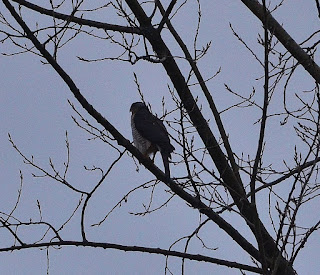 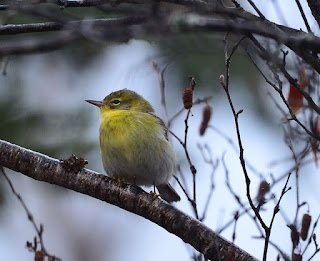 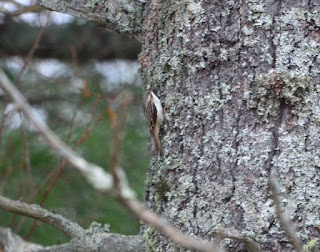 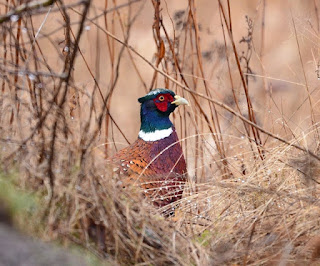 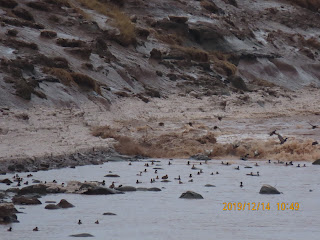 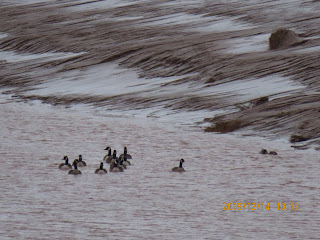