** As announced in full yesterday, the December Nature Moncton meeting takes place on Tuesday, December 10, at 7 p.m. in the Mapleton Rotary Lodge with presenter Alain Clavette, speaking about “Winter Birds.” The complete write-up is at the website at <http://naturemoncton.com>, under “Upcoming Events,” and will be repeated again in Tuesday’s edition.

** With weather challenges, Dale Gaskin and farmer Mike Dickinson have had difficulties with the delivery of sunflower seeds. The black oil sunflower seed order will not be available at Tuesday night’s meeting, but will be delivered to a central location in Moncton later in the week, and folks who have ordered bags of seed will be advised when and where they will be available for pick-up. For any more information or if more bags are wanted contact Dale Gaskin at 734-2197.

** Georges Brun spotted a PEREGRINE FALCON [Faucon pèlerin] perched on the big ‘A’ logo of Assomption Place on Friday, Dec. 6. A Peregrine Falcon single or pair has stayed in that location for some winters in the past, but not in other winters. With the Christmas Bird Count fast approaching, I hope that it will be observed later this week.

** Gordon Rattray took a run to the Shediac Bridge area on Saturday. He saw a hundred CANADA GEESE [Bernache du Canada] that lifted and flew over, and another 40 Canada Geese in the Grand Barachois area. He also got a nice photo of a RING-BILLED GULL [Goéland à bec cerclé], still with us and going into its adult winter plumage showing a streaked head. Most Ring-billed Gulls will leave us for the cold months.

Gordon has had some interesting patrons arrive in his Weldon feeder yard. Special is the arrival of a PINE WARBLER [Paruline des pins] that enjoyed the suet block, and two BROWN CREEPERS [Grimpereau brun], always special yard visitors. They feed on peanut butter smeared on the bark of a large spruce tree. Also, AMERICAN GOLDFINCHES [Chardonneret jaune] have swollen in number and a few RED-BREASTED NUTHATCHES [Sittelle à poitrine rousse] have arrived. Gordon notes that BLACK-CAPPED CHICKADEES [Mésange à tête noire] are in large numbers this year, as well as woodpeckers. It sure is great to hear that bird feeder activity is getting more active.

Suzanne and Yves Poussart drove along the coast on Sunday from Shediac to Bouctouche. Especially large groups of  COMMON MERGANSERS (Grand harle), COMMON AND BARROW'S GOLDEREYES (Garrot à oeil d'oeil et Garrot d'Islande) were seen on different locations, such near Cormierville, St-Thomas and Bouctouche. A group of 50 CANADA GEESE was observed near Cocagne. A photo of a SONG SPARROW (Bruant chanteur) was taken near the Cormierville wharf. The overall abundance of birds was clearly much higher compared to what it was two or three week ago.
Note the steeply slopped forehead of the Barrow’s Goldeneye that is a very helpful feature to identify 1st year males and females from Common Goldeneye. Some of Yves’ photos nicely show that feature with females of both species in close proximity. Also at this time of year, the adult Barrow’s Goldeneye females are showing the complete orange bill of breeding plumage while the adult Common Goldeneye females have only the bill tip orange in breeding plumage.

** Doreen Rossiter comments on the INDIGO BUNTING [Passerin indigo] currently present in Moncton. In 1993, while Doreen was assisting with the Christmas Bird Count for Fundy National Park, a small bird arrived in her yard at dusk that day but it was too dark to identify. The next morning it reappeared and turned out to be a male Indigo Bunting. It stayed around until Dec. 27 when there was a major blizzard, and it was not seen after that. Not good news for the present Indigo Bunting landlord! 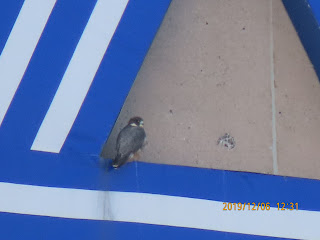 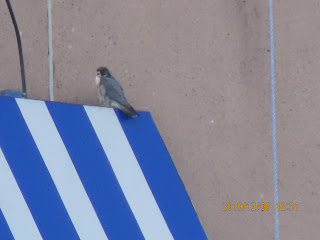 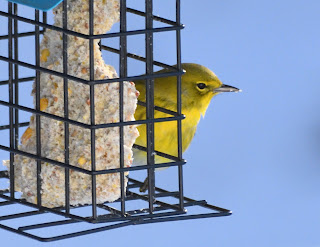 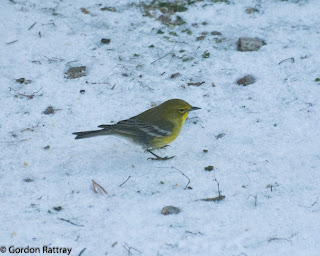 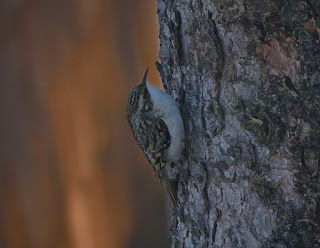 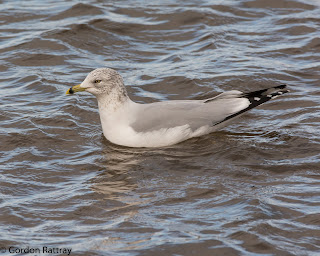 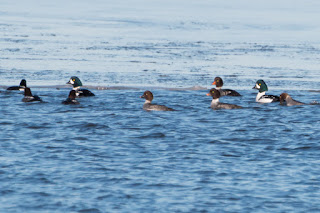 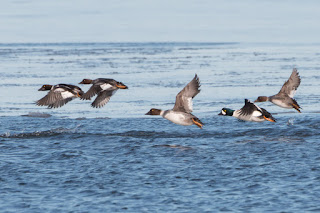 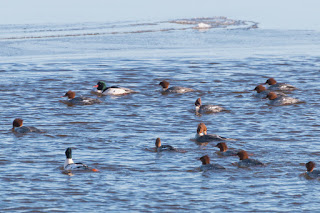 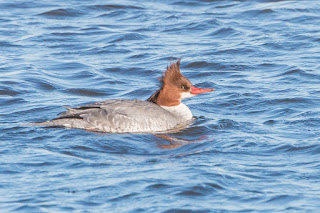 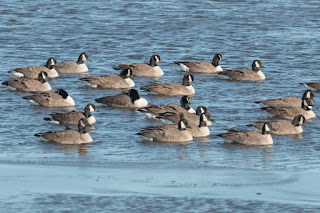 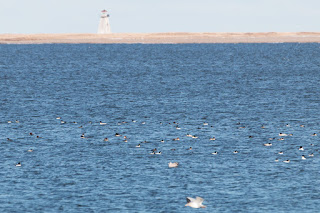 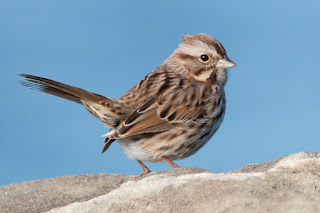 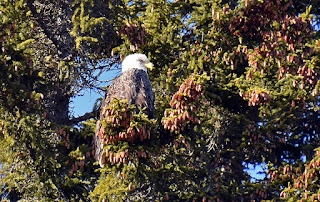 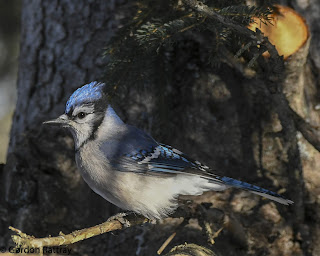