To view the photos mentioned in this edition, go to http://nminfoline.blogspot.ca.

To respond by e-mail, please address your message to the information line editor, nelsonpoirier435@gmail.com.

For more information on Nature Moncton, check the website at http://naturemoncton.com.

** Debbie Batog was very pleased to see the return of two male PURPLE FINCH [] to her McKees Mills feeder yard, the first for her for the season. They are in their spring breeding finery, and it’s great to hear of their return to her yard.

** Jane LeBlanc sends a photo of an AMERICAN TREE SPARROW [Bruant hudsonien]. However, Jane comments it is the first one that she has seen this season, but they saw several while they were out biking in the St. Martins area on Friday. There probably were just as many around this year, but in many areas they did not rely on bird feeder yards for feeding, as in Jane’s case.

Jane also sends a photo of a caterpillar she spotted on March 21 which needed consultation with Jim Edsall. Jim suspects it to be the overwintering larval caterpillar of the VIRGIN TIGER MOTH. We are much more accustomed to seeing the WOOLLY BEAR at this time of year but Jim points out many of the Tiger Moths can/do overwinter as the larval caterpillar.

** Gordon Rattray and I made a pilgrimage to the Minudie area of Nova Scotia, to seek an audience with the NORTHERN HAWK OWL [Chouette épervière], which will possibly be filing flight plans northwards soon. It took a wait to locate it, at approximately 3 p.m. when it started to survey its territory for lunch. Garry Dupuis was very helpful, in pointing out some of its favourite sites where he had seen it before, and also he was able to get an audio of its vocalizations earlier, which was surprisingly long, to suggest that it may be a male. When it appeared, it moved about and, as many have reported, paid little if any heed to human presence and we were able to get nice observations, but not as close as others have reported, as it hunted farther down in a field. Gordon got some great photos.

Three CANADA JAYS [Mésangeai du Canada] were travelling together in the area and let us watch them for a time. They were foraging near the foundation of a house and it appeared that they were taking a grub or worm of some type.

It was very interesting to go farther down the coast and look across the water to New Brunswick, noting Owl Head, Fundy National Park, Rockport, Grindstone Island and more. 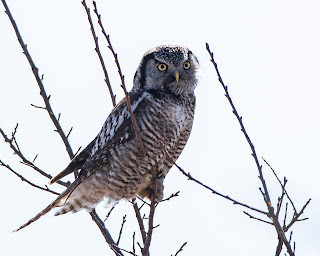 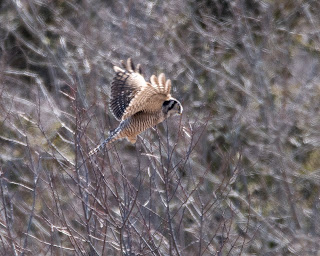 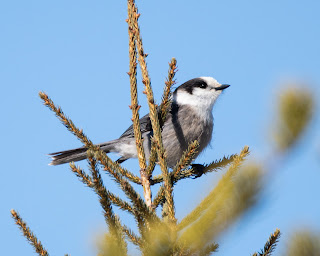 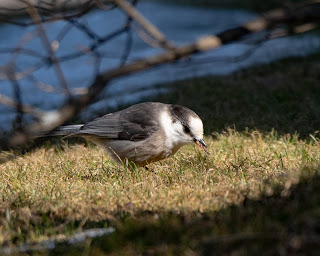 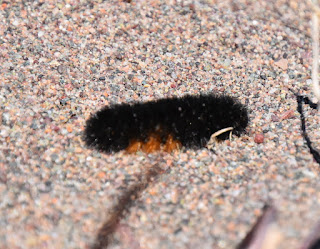 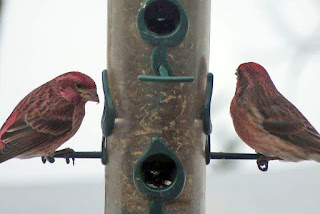 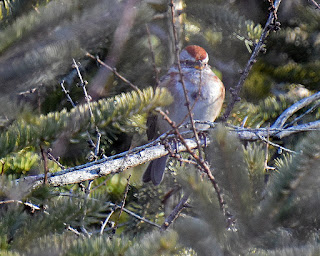 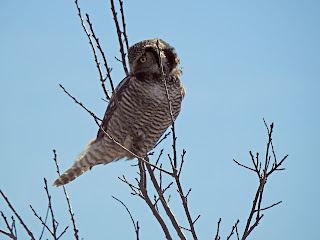 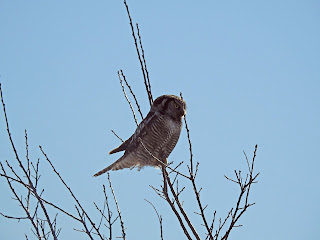 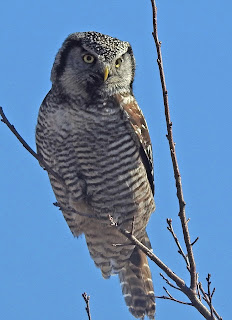 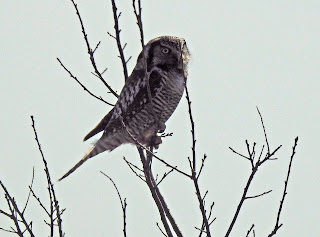