** The Nature Moncton Activities Committee has a field trip scheduled for next Saturday to the White Rock Recreational Area.  This is a very special spot we have not been to as yet, and one very well worth getting to know.  Review the attached write-up carefully and be sure to register if attending.

MEETING PLACE:  At the entrance parking lot by the large White Rock sign.  Follow Rte. 114 Hillsborough from Moncton.  In Hillsborough turn right on to Golf Club Road at bottom of the hill as you go through Hillsborough.  Follow the road past the Gray Brook pond, about 2KM from the start.  Area is on the right before the Golf course.

The White Rock Recreation area is a multi use area with many bikers and walkers.  There is an extensive network of paths in the area so we will only see a small part of the total area.  You will see gypsum out-crops and many springs coming out of the banks.  We can expect to see many of the expected wood dwelling birds.  I observed 13 of our Warbler friends as well as two thrushes this spring.  We will follow the path of Gray Brook with many ferns and other flora along its route.

Because of regulations restricting the size of group gatherings, we will take registrations for this trip.  If we have a large number who are interested, we may divide the participants into two groups.  We will also keep abreast of any new developments in provincial Covid-19 guidelines and will adjust accordingly while keeping participants informed.

So come join us for a day of birding in a beautiful environment.  Be prepared for a round trip hike of 5 to 8 kms.  There will be some uphill travel of a moderate climb.  Dress accordingly for the weather with good waterproof footwear.  Bring a lunch, water and snacks.

All are welcome, Nature Moncton member or not.

** Paul and Rhonda Langelaan were out biking/ birding on the Taylor Rd. on Wednesday evening when they came across a female SPRUCE GROUSE [Tétras du Canada] by the side of the road.  She moved up the hilly side edge of the ditch and seemed to be giving herself a dust bath which was entertaining for Paul and Rhonda and seemed equally enjoyable for the grouse.  Rhonda also got a nice photo of a CHESTNUT-SIDED WARBLER [Paruline à flancs marron] and one of the Empidonax flycatchers whose vocalization is indicated to be sure of an ID.  They did hear a “free beer” call, so it is very likely the most common of the Empids – an ALDER FLYCATCHER [Moucherolle des aulnes].  The latter too birds were in the Point Park area.

** Bob Blake has a HAIRY WOODPECKER [Pic chevelu].  He feels the beak is at least a half inch longer than normal.  It would appear not uniform at the tip as well, yet it is feeding young from raw suet as Bob’s photo shows.  I’m attaching a second photo of Bob’s that shows the very well-developed bluish nictitating membrane that closes over the eye faster than the eyelids can close.  It is a very well-developed structure in most birds, especially the woodpeckers to keep wood dust out of their eyes.

Bird visitors continue for Rick Elliott at waterside. A pair of Wood ducks was present on Thursday. Most females would be on nests at the moment so would be interesting to know what housekeeping is or is not in progress. There are very much acting as a pair. Normally after breeding and nest incubation, the male leaves to go into eclipse plumage to spend the rest of the season in idle pursuits.

** The sphinx moths are starting to show up at my moth light.  On Wednesday night, a ONE-EYED SPHINX visited us as well as a NORTHERN APPLE SPHINX which is one of the larger Sphinx moths.  A photo shows the closed wing, and another shows a bit of the underwing.  ROSY MAPLE MOTHS were also present..  A GREEN COMMA BUTTERFLY [Polygone à taches vertes] visited and was pleased to show its folded-up wing posture.  Being so cryptic against tree bark, it overwinters as an adult with its super antifreeze technique.  Like all Comma species, when those wings fold down, it is totally different – orange with black spotting which is sure not cammo!
I sleuthed a nearby Cedar bog on Thursday where I usually can find one or two Calypso orchids. The hunt was unsuccessful but did come across a lone Yellow Lady’s Slipper with a very small Labellum (slipper), very much smaller than other Yellow Lady’s Slippers found at that site and other characteristics that to a neophyte had the criteria to be this Small-flowered Yellow Lady’s Slipper (C. parviflorum var. makasin), which is very rare in New Brunswick.  After lots of photos and measurements and off to three botanists, two out of three felt it was still within the limits of the common variety (C. parviflorum var. pubescens) so my bubble had to be pinpricked. I am including photos and still more than marginally unconvinced but have to accept the opinion of those with much more experience than I. Thank you Colin Campbell, Gart Bishop, and Jim Goltz for your opinions even though humbling!
Many of the expected plants were in bloom as well.  Jack-in-the Pulpit was still in his pulpit but lifted his hood for a quick photo of the real Jack who will be not so shy in a few days.

This Week’s Sky at a Glance, 2020 June 13 – June 20
Arcturus and Vega, the fourth and fifth brightest stars of the night sky, are seen high above in evening twilight. I use them to locate the constellation Hercules, which is one third of the way from Vega to Arcturus. Another constellation, the nominal crowning glory of the northern sky, is one third of the way from Arcturus to Vega. Corona Borealis, the Northern Crown, does not stand out among its neighbours or contain any popular telescopic treasures like Hercules does, but its semicircle of stars is pretty to look at. If you have a really clear view of the southern horizon you might catch the Southern Crown, Corona Australis, hugging the horizon below Sagittarius around 2 am this week or midnight in late July.

In mythology, Ariadne was the daughter of King Minos of Crete. She helped Theseus slay the bull-headed Minotaur and escape from the Labyrinth, and then accompanied him and his crew on a voyage home to Athens. Along the way they stopped at the island home of Dionysus, the god of wine. After a night of revelry the crew was made to leave without Ariadne, and Dionysus presented her with a beautiful crown if she would be his bride. The crown was placed in the sky to commemorate their wedding. The constellation also represents a bear’s den in a local aboriginal legend of the bear and seven hunters, which includes stars in the Big Dipper and Boötes.

The Moon is at third quarter and below Mars this Saturday, and it passes less than a binocular width below Uranus around 4 am on Wednesday. A highlight occurs at 5:10 Friday morning when Venus appears from behind the unlit side of the crescent Moon. With luck and preparation, binocular viewers in the southeastern part of the province (Moncton) might see the Moon pass in front of (occult) Venus at 4:23 am, just after it clears the horizon. Mercury sets an hour after sunset mid-week, with Jupiter rising at 11 pm followed by Saturn 17 minutes later. Mars will be half a binocular field below Neptune before morning twilight this weekend and Monday. 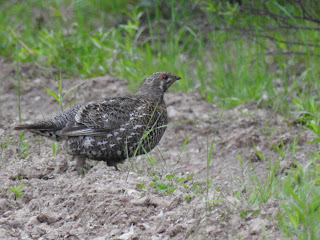 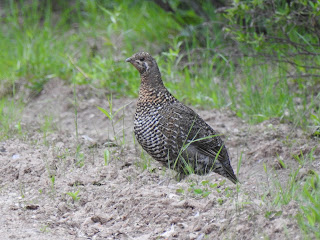 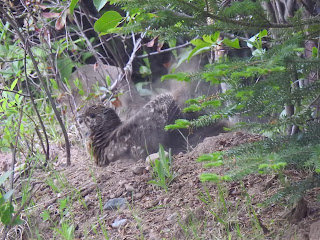 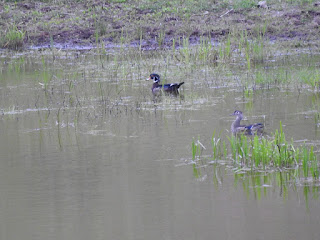 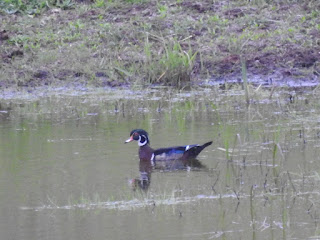 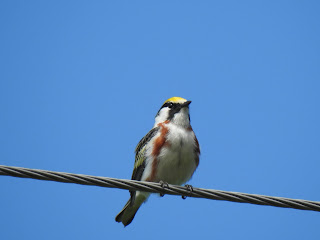 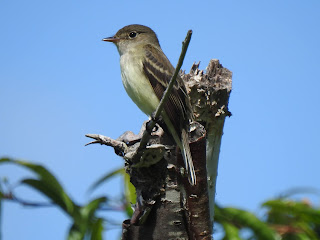 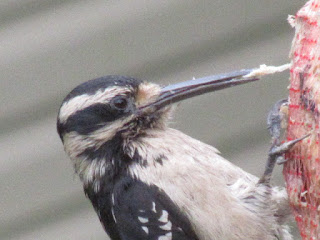 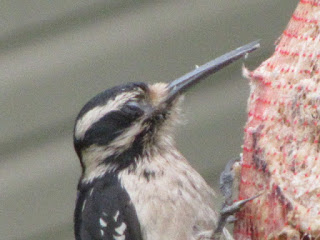 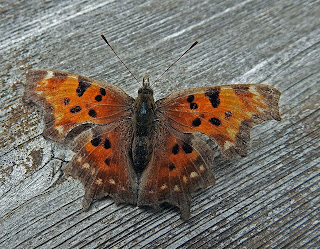 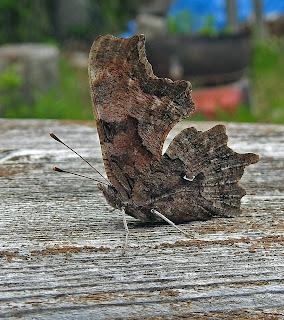 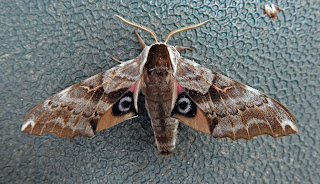 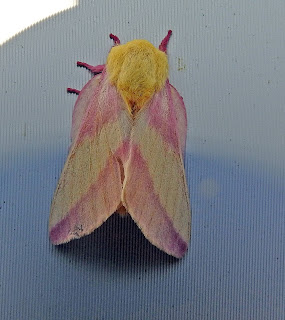 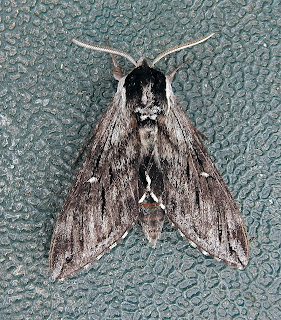 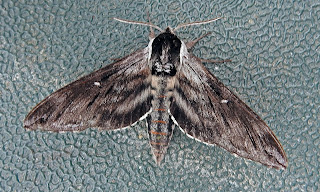 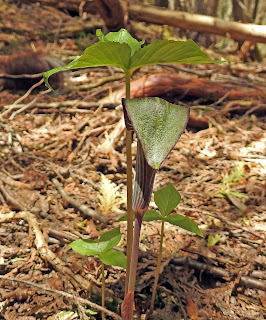 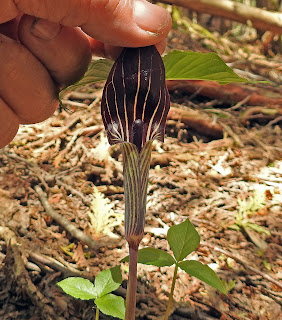 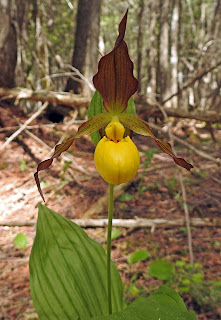 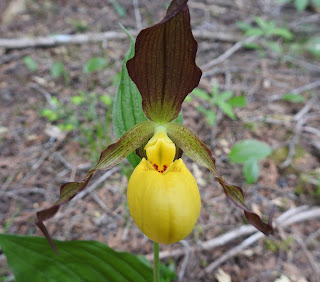 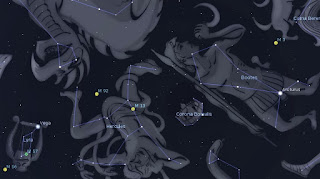