To respond by e-mail, address your message to the information line editor, nelsonpoirier435@gmail.com

** We seem to be very lucky, having GREAT CRESTED FLYCATCHERS [Tyran huppé] pop up in areas where we don’t often see them. Frank Branch had one drop by his Paquetville yard on Sunday. Frank comments that he has only seen this species in his area twice in 20 years, and he monitors birds closely in that area.

** Peter Richard in Quispamsis had a visit from a cécropia], a very special visitor. The large, colourful COLUMBIA MOTH. Each one will only fly a few weeks on mating flights, and then die. Their large colourful caterpillar larvae will appear later in summer.

** Gordon Rattray made a scouting visit to the White Rock Recreational Area, in preparation for next Saturday’s Nature Moncton field trip. He spotted eight warbler species, including the BAY-BREASTED WARBLER [Paruline a poitrine baie] he was after, as well as a nice photo of an OVENBIRD [Paruline coronnée] showing the orange head patch that we don’t often get to see.

** Jim Johnson comments on a patch of blue plant measuring 20 by 4 feet that has appeared on his Scotch Settlement lawn and to which bees seem to be very attracted. He wondered what it was because he didn’t plant it there. Gart Bishop provides the answer. It’s an introduced plant that is native to Europe and North Africa. It comes with so many common names that we are using its scientific name. Am adding some of Gart’s comments below. It is obviously a nice choice for nectaring bees and that makes it of value.

“Ajuga reptans which has many different common names including Carpet Bugle, Black Scallop, Burgundy Glow, Bugleweed, St. Lawrence  Bugleherb, Blue Bugle and Common Bugle. It is a native to Europe and North Africa and belongs to the mint family.  Using common names alone here could easily cause confusion with our native plant Bugleweed (Lycopus uniflorus).
Ajuga reptans is “...Primary use is as a ground cover. Will fill in large, shady areas where lawns are difficult to establish. May also be planted on banks or slopes, under trees or around shrubs. Can be planted over spring bulbs such as snowdrops (Galanthus). Avoid planting adjacent to lawn areas since little islands of ajuga may start appearing in the grass. Good for small spaces, containers and rock gardens.”  Wikipedia  goes on to say Ajuga reptans “... is a primary nectar source for several nectar seeking insects.”

Jim also mentions that hummingbird occurrence is down at the moment, which is to be expected because females are incubating their eggs, but he notes that finches and swallows are abundant. Jim has a small colony of CLIFF SWALLOWS [Hirondelle à front blanc] (4 pair) nesting in a roof corner of his home. He placed one of the man-made clay nests we were trying last year but they did not take to it.

** Jane Aikman comments on a site she enjoys visiting. It is developed by Colin Winn in Ontario, called Bird Bingo. He has photos that she encourages others to share with young naturalists. Jane points out that we tend to have the same birds in New Brunswick that Colin Winn features. Jane joined his group called West Rouge Photography and enjoys his daily photos and hilarious comments. Google “West Rouge Photography” to get to it.

** A few more birth announcements. I placed a GALIUM SPHINX moth [Sphinx du gaillet], a.k.a. Bedstraw Hawkmoth larval caterpillar, in an aquarium in a layer of earth last fall. It went into its cocoon and obviously was not parasitized, as a very beautiful adult emerged on Sunday. I missed the emergence but it was still quiet enough for me to get a few photos of it with the empty split cocoon beside it. It soon completed its readiness to go and off it went on its breeding mission. I’m including a photo of Dave Christie’s to show what the variable colourful larval caterpillar looks like.

** David Cannon had a few caterpillars last fall that he dropped off. However, the caterpillars went into their cocoons the day before they arrived and were placed in the aquarium as well. That cocoon just split as well, to release an adult VIRGINIAN TIGER MOTH [Diacrisie de Virginie]. The caterpillar that David had saved is commonly known as the Yellow Woolly Bear.

** On another vein, a failed emergence, all but one of ten BLACK SWALLOWTAIL [Papillon du céleri] chrysalids from Marguerite Winsor’s dill patch emerged as adults during the past ten days, and went off on their mating mission. I noted an insect in the cage and not thinking about checking it out, opened the cage and released it. When I checked the one remaining chrysalis I found a round hole in it. Obviously the chrysalis was parasitized by that insect. I let out a missed opportunity to identify the parasitizing insect. Most chrysalids and cocoons in nature all winter as indeed parasitized, which is simply the scheme of things. A photo of the chrysalis with the hole in it, instead of a slit, is attached.
Am also attaching a photo of a SMALL-EYED SPHINX MOTH that visited my moth light with other sphinx moths already shown. Its posture when perched helps identify it. It did not want to show its colourful underwing ‘eye spots’ so am including a photo from a few years ago 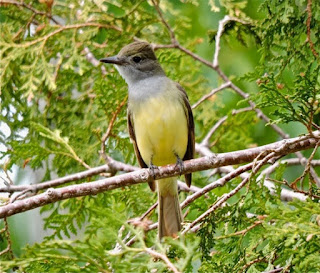 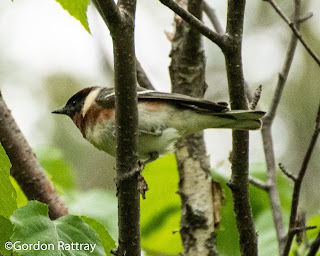 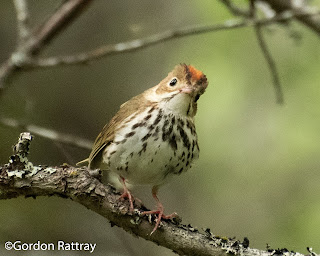 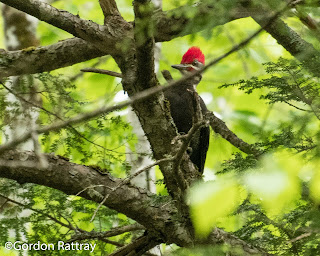 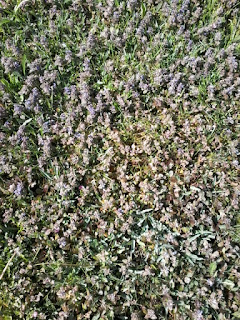 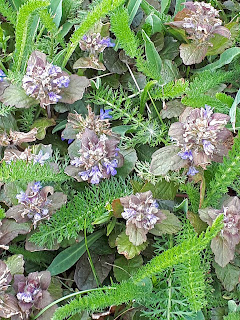 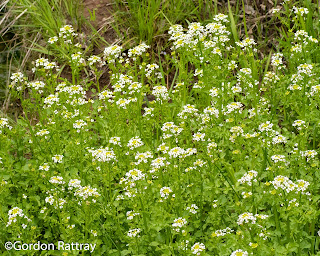 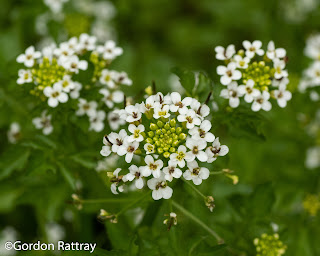 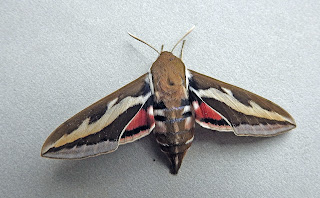 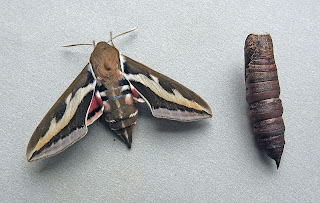 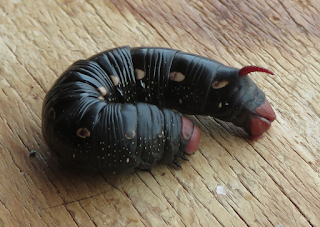 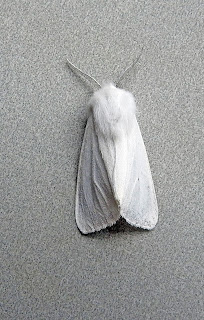 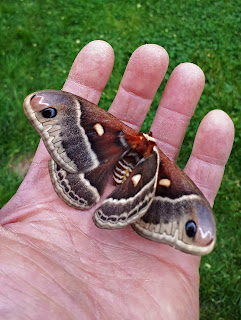 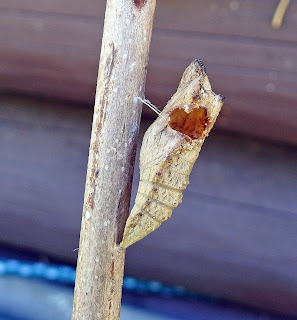 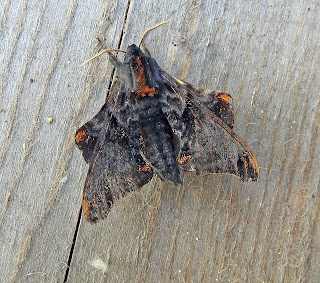 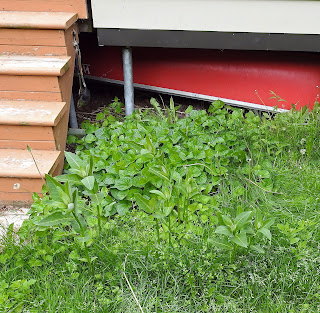 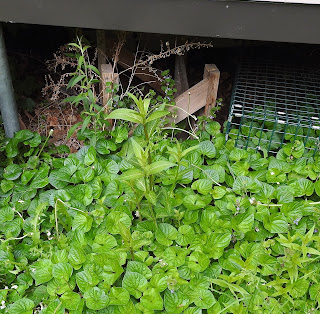