** Louise Nichols took a hike in the Tintamarre National Wildlife Area on Tuesday morning following the road to Paunchy Lake. RED-WINGED BLACKBIRDS [Carouge à épaulettes] were back in the area and there were lots of singing SONG SPARROWS [Bruant chanteur] as well as a BALD EAGLE [Pygargue à tête blanche] and a NORTHERN HARRIER [Busard des marais]. She also saw one WHITE-TAILED DEER [Cerf de Virginie] on the road.

The most interesting sighting of the morning was a group of 8 scoters in one of the lakes, and when she looked at them closely she realized that they represented all 3 species of scoters … 4 BLACK SCOTERS [Macreuse noire], 3 SURF SCOTERS [Macreuse à front blanc], and 1 WHITE-WINGED SCOTER [Macreuse brune]. Louise comments that she doesn’t know if she’s ever seen it before with all 3 species so close together in one spot. It sure made for a super photo of all 3 scoter species in one frame.

On her way out she spotted a ROUGH-LEGGED HAWK [Buse pattue] sitting on a fence post in a field alongside Jolicure Rd.

** Marco Vachon has been checking the lagoon at the end of Grand Pré St./Arthur St. in Memramcook every day for the last 2 weeks and today, to his surprise, he observed a RED-NECKED GREBE [Grèbe jougris] along with 3 scoter species, SURF SCOTER [Macreuse à front blanc], BLACK SCOTER [Macreuse noire], and WHITE-WINGED SCOTER. Other species seen were LONG-TAILED DUCK [Harelde kakawi], LESSER SCAUP [Petit Fuligule], RING-NECKED DUCK [Fuligule à collier], NORTHERN SHOVELER [Canard souchet], MALLARD DUCK [Canard colvert], AMERICAN BLACK DUCK [Canard noir], and a pair of RED-BREASTED MERGANSERS [Harle huppé] arrived while he was there. So, as Marco comments, bad weather is bringing in the migrants.

This is surely a coincidence to have 2 observers see all 3 scoter species in one area in one day.

Marco got a great photo of a RED-NECKED GREBE which is sure a special one as it is well on its way to full breeding plumage which we are just not used to seeing here in New Brunswick, being only in the short time window as they arrive in fall or leaving a bit later than most in spring.

**Ray Gauvin photographed RED-BREASTED MERGANSERS from the Pointe-du Chene Road at the bridge looking in the direction of the old railway bridge. They were quite busy chasing each other, being that time of year.  Ray comments that he and Penny, having lived most of their lives by the water and having observed the ducks ritual every year always refer to the lively activity as ‘sea-duction’!

** Brian Stone walked a short distance along the Wilson Marsh trail on Tuesday to check for incoming bird life. He didn't see anything different than the last time he walked there on March 31st but there was lots more of it. Many more CANADA GEESE [Bernaches du Canada] were present along with more RED-WINGED BLACKBIRDS [Carouge à épaulettes] and MALLARD DUCKS [Canard colvert]. A group of 8 or 9 male Mallards were courting a single female very energetically. A similar amount of SONG SPARROWS [Bruant chanteur] were singing in the small trees and shrubs and one immature BALD EAGLE [Pygargue à tête blanche] flew over at a distance. A single, lone GREEN-WINGED TEAL [Sarcelle d'hiver] was still keeping his distance at the back of the ponds.

Four large RED SQUIRREL [Ecureuil roux] nests continue to be visible until the tree canopy leafs out. A colourful patch of deep blue Crocus was blooming at the top of the trail. The most prevalent sign of life was the ‘goose droppings’ on the trail and surrounding grass. Trail walkers conscious of these little dangers must seem to be dancing a bit as they navigate the safest path through them!

** Daryl Doucette got a rather amusing photo of a COMMON GRACKLE taking a close look at an unconcerned CHIPMUNK seemingly interested if the pouch-filling technique of foraging!

** Paula Lansdale in Alma had her first NORTHERN FLICKER [Pic flamboyant] appear in her yard on Tuesday. She also has a FOX SPARROW [Bruant fauve], 6 AMERICAN GOLDFINCH [Chardonneret jaune] have been regulars in her yard for about a month now, and she now has many DARK-EYED JUNCOS [Junco ardoisé].

** Jane Leblanc also had her first NORTHERN FLICKER [Pic flamboyant], a female, arrive to her St. Martins yard on Tuesday and Jane got a nice photo to show the brilliant, spotted breast. 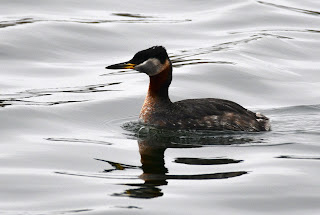 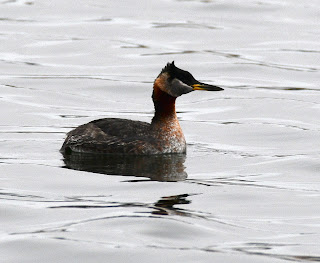 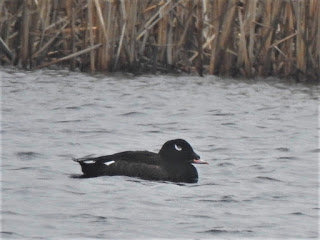 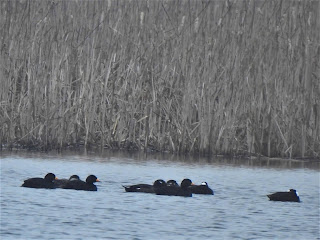 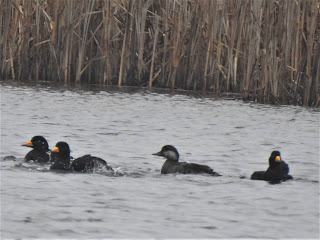 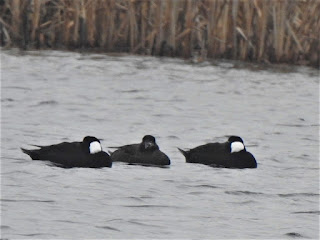 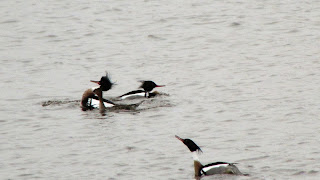 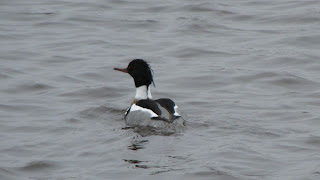 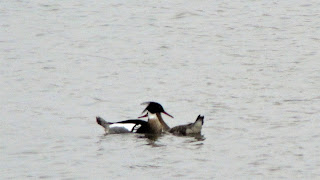 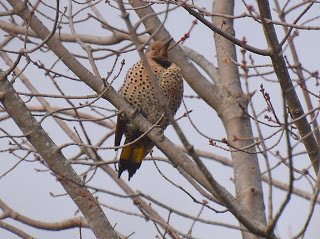 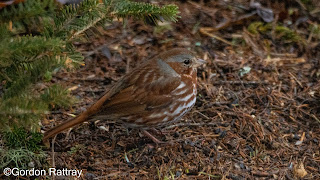 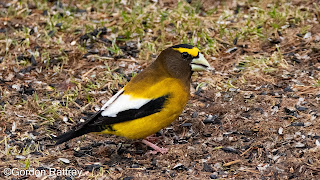 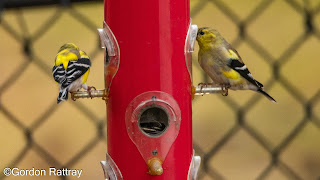 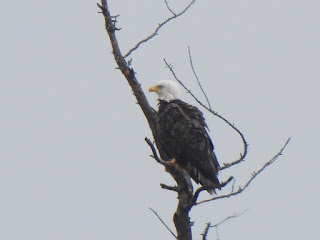 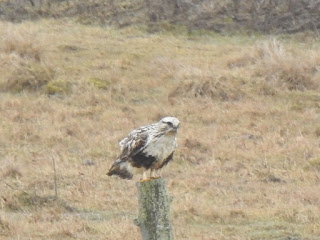 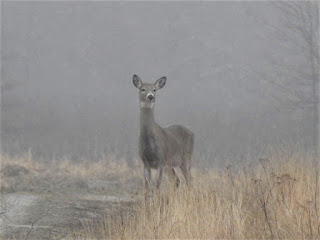 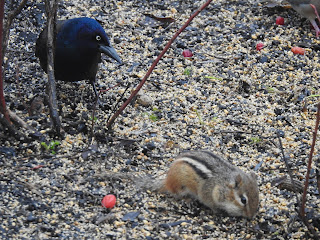