**The regular Wednesday evening Nature Moncton outing is happening tonight, a bit farther afield, but a very special one to a spot many may not have yet been to but once you see it, you may want to return.

Details and directions repeated at the end of this edition.

**Louise Nichols has visited the Sackville Retention Pond on Lorne St. a few times in the last week.  She has not yet been able to catch the Stilt Sandpiper that has been there on occasion, but one morning last week, Louise saw 7 species of shorebirds including both species of Yellowlegs, Short-billed Dowitcher, Killdeer, a Solitary Sandpiper, a couple of Least Sandpipers (far off) and several Semipalmated Sandpipers mixed in with the big group.  She sends photos of some of them.  It looks like the Sackville Retention Pond is shaping up to be a shorebird hotspot again this year. (Editor's note: this has turned into an incredible new shorebird hotspot!)

**Last Saturday (July 30), Yves Poussart returned to Highland Park in Salisbury. The main motivation was to check for the increased size of the juveniles seen 10 days earlier. His main focus was on the American Coot (Foulque d'Amérique), the Common Gallinule (Gallinule poule-d'eau) and the Pied-billed Grebe (Grèbe à bec bigarré). In fact, the juveniles had typically doubled their previous size. Most of the time, they were seen exploring the area and were feeding independently from the adults and picking what was available on the surface. From time to time, they were seen close to an adult waiting to be fed with pieces of vegetation obtained deep under the surface. The conditions were perfect, and Yves was able to get numerous photos illustrating the diversity of behavior.

On Tuesday August 2, Yves visited the Waterfowl Park in Sackville. It was quickly noticed that several individual Belted Kingfishers (Martin pêcheur d'Amérique) were present. It was quite easy to spot them as they were perching on one of the nest boxes (flying from one to another) or on the railing of the boardwalk. They were seen catching a fish on several occasions. (Editor's note: the adult male Belted Kingfisher lacks the red belly band, but the juvenile resembles the female. The young male shows a rufous wash on the grey breast band which is more conspicuous in the female).

On the other hand, only 5 Greater Yellowlegs (Grand chevalier) were seen. It was quite a surprise to find one of the nesting boxes occupied by a colony of wasps, a situation totally new to Yves. (Editor's note: this is obviously a species of Vespidae that models a paper nest but not in the football style of the Bald-Faced Hornet we are more used to seeing).

(Editor's note: Brian Stone added an arrow and lines for those of us not particularly adept at picking out sky objects).

**Jim Johnson in Scotch settlement has had 2 pairs of Eastern Bluebirds nesting in his yard. Fledging has begun as Jim was able to capture a distant photo (cropped) of a young-of-the-year fledgling.

The increasing number of Eastern Bluebird successful nestings in New Brunswick is very encouraging and rewarding. The population seems to be pleasantly swelling each year.

**Lisa Morris has some ‘very active’ Red Squirrel action happening in her yard and she's not sure if one is trying take over/evict the other one or if the one in the middle hole of the box took over the ‘airbnb’ from the very apparent upset squirrel outside the box. Lisa will try to see if babies are part of the mix. She has noticed 2 squirrels have been chasing each other repeatedly on the ground, up, down, around several trees (if indeed these two) so Lisa suspects they’re trying to mark their territories. Take a look at the action in the two videos below that Lisa captured.

The Wednesday night walk this week, guided by Louise Nichols, will be through a portion of the Tintamarre National Wildlife Area near Sackville.  The word “tintamarre,” a French word meaning “loud noise” or “uproar,” is thought to have referred to the commotion of waterfowl in the wetlands of this area.   Indeed, the area includes the 3 large lakes that are known collectively as the Jolicure Lakes as well as many acres of wetlands, including fens, swamps, and bogs.  Also in the area are several controlled impoundments managed by Ducks Unlimited for the support of fish and waterfowl habitat.

We will meet at 6:30 at an old church in Pointe de Bute.  From the Trans-Canada Highway, take exit 513B at Aulac which leads to Hwy 16 and PEI.  Follow Hwy 16 to Pointe de Bute.  The speed limit slows to 80 km at that point, and you will see a left-hand turn lane.  Move into that lane and turn left.  Shortly after that turn, you will see a white church on the right with some parking space in front of it which is where we will gather at 6:30.

From there we will drive together into the Tintamarre area, following the road to Paunchy Lake.  We will park along the way and walk the rest.  The walk will be an easy trek along a flat dirt road.

If anyone is interested in more information on this area, you can find plenty at the following link: 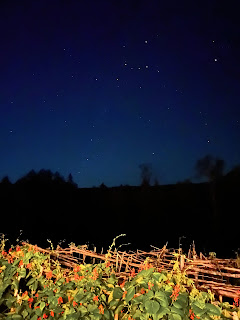 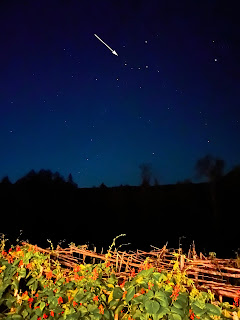