Bill and Marguerite Windsor came across a flock of approximately 20 AMERICAN PIPITS near Riverside-Albert mid-morning on Wednesday. Marguerite was able to get some photos of this bird from the underside as some of them perched on wires, a view we just don’t often get to see. These 6 ½ inch birds nest on Tundra in the far North and we get a chance to see them here in the fall on their southern migration. They tend to follow the coast and wrack lines on shores are popular places for them to stop to fuel up on insects.  The white outer tail feathers are just visible in Marguerite’s photos. This bird also has the behaviour of almost constant tail flicking

** Aldo Dorio got a nice photo of a juvenile WHITE-RUMPED SANDPIPER [Bécasseau à croupion blanc] on Wednesday at Hay Island. The long primary projections and the superciliary line above the eye are helpful clues. The white-rumped sandpiper is one of those species, including the Dunlin that we can often expect to see in the late season, seemingly in no rush to move south. The white fringe on the feathers is frequently obvious on sandpipers in juvenile plumage.

** It is that time of year when wasps can become very active before most will be off to ‘wasp’ heaven to leave some fertile females to overwinter. Brian Coyle got a very close up photo of a BALD-FACED HORNET [frelon chauve] on Wednesday. This gets the hornet handle but is actually a wasp. This is the one that builds the large, pendulous, paper-like, rounded nests that we tend to note this time of year as they are at their maximum size and falling leaves can make them more noticeable.

** John Hamer was visiting in the Surveillors Lake area near Fernie, B.C. in June when a BALD EAGLE [Pygargue à tête blanche] suddenly swooped down in front of him to grab a fish lunch just as John was turning on his camera, but he still caught the action.

** Brian Stone did a short hike around his neighborhood on Wednesday to as usual find more than most of us notice with his camera. He came across a duo of COMMON LEPIOTA MUSHROOMS to show the smooth, bulbous base, not in a sac like its destroying angel lookalike and the partial veil like a folded up stocking, not the hanging apron style of the destroying angel partial veil. Both have the free gills that can be seen at the base of the stalk at the cap. This duo is a bit past prime, but do show the significant features.

The WARTY LEAF BEETLE stopped for a photo in its imitation of a piece of caterpillar frass (poop). A CRANEFLY looking very much like the insect in the grip of the wasp that Brian Coyle submitted yesterday tarried for a nice photo. WOOLLY ALDER APHIDS were again about enjoying the sunshine. This is that time of year when they develop wings and seek out their alternate host for the winter, looking like small snowflakes in the air. WOOLLY BEAR CATERPILLARS were again on the move. There sure seems like a lot of this species on the move at the moment.

** We frequently get photos of birds banded or marked in some way to track and study their movements. This is frequently done as well with fish with some very sophisticated, state of the art methods like the birds. One method used in fish that is relatively inexpensive is the spaghetti tag. The attached photo of a striped bass with a so called “spaghetti tag” attached was caught off Cape Enrage on September 21. It had been tagged on July 14, 2014 by the Acadia University striped bass research team at a commercial herring weir at Bramber, N.S. on the Minas Basin. It was 51 cm. when tagged and was not encountered until the tagged fish was caught measuring 76 cm. on September 21 near Cape Enrage. 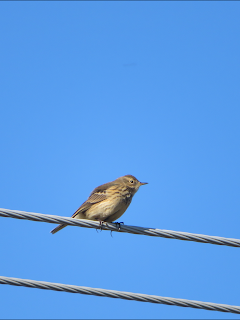 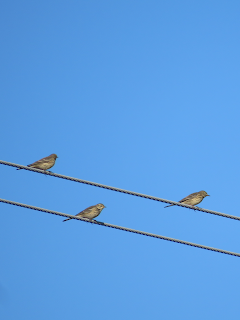 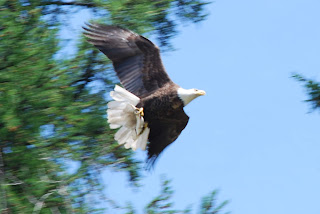 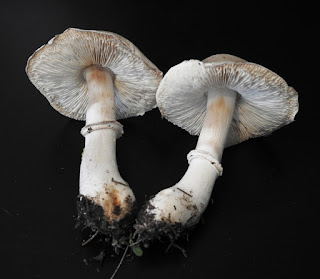 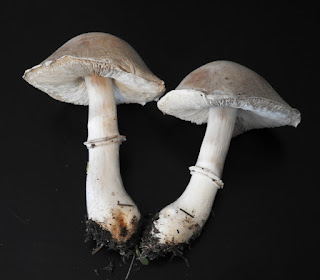 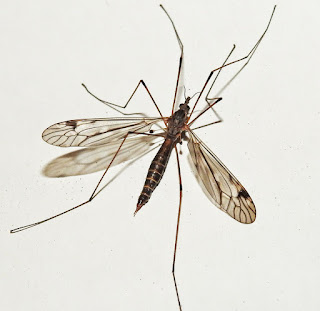 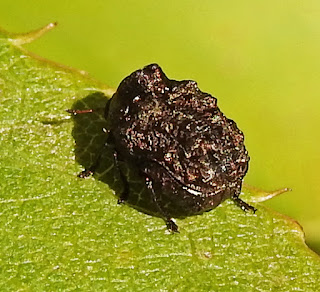 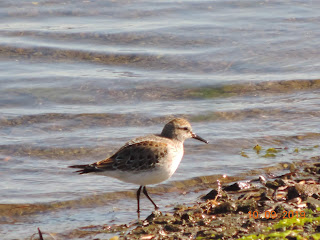 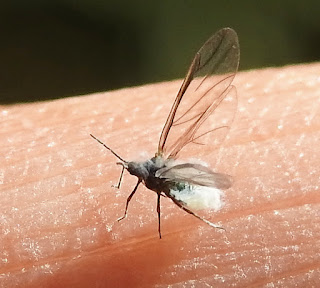 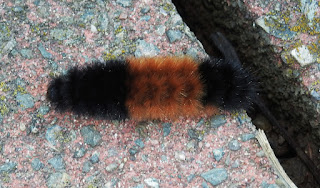