For more information on Nature Moncton, check the website atwww.naturemoncton.com


***Annette Stone spotted 2 CANADA JAYS while walking an Irishtown Park trail on Tuesday.  She spoke to Jean-Guy Goguen who said he had seen 4 together earlier in the day.
Nice to know this forest bird has chosen Irishtown Park where hopefully they will linger so more folks can see Canada's national bird symbol.


***While moving a bird feeder pole on Tuesday, a MOURNING CLOAK BUTTERFLY suddenly appeared for Louise Nichols. It was slowly flapping wings, not seemingly to be in flying mode in the cold wind.  It appeared to be fairly fresh, showing little wing wear.
This butterfly overwinters as an adult by just closing its wings on tree bark. The underwing pattern gives it amazing camouflage.  Their amazing antifreeze ability will allow them to fly on very warm winter days and are ready to fly as spring warmth appears to continue their mission.

***The NB  Birds Records Committee met this past weekend in Saint John and issued an invitation to anyone interested to attend as an observer.  Long-time active birder Ron Steeves accepted that invitation and leaves his thoughts as an observer.
"The committee consists of chairman Jim Wilson, Roger Leblanc, Stu Tingley, Gilles Belliveau, Dave Christie, Don McAlpine and Richard Blacquiere.
As many probably saw the statement issued by Jim Wilson regarding the acceptance of WILD TURKEY be added to the New Brunswick birding list and the locations in the province that are most likely to be of the wild genus.
The presentation for discussion about Wild Turkey was put forward by Jim and it was outstanding the amount of facts, figures, and reports that he had accumulated from Maine and the five counties bordering the state of Maine. Ron comments that it was gratifying to observe this committee, with their professionalism, enthusiasm and caution pertaining to such matters.
These folks are all volunteers and should be truly appreciated by all of us for the work they do."
Thank you Ron for sharing your comments with the rest of us to let us understand how important this Committee really is.

***On a visit on Monday to the Chartersville ponds/marsh, (just off Louis St in Dieppe) gave Georges Brun the chance to see quite a large flock of waterfowl.  The estimated number to be approximately 350 to 375 birds either resting or feeding.
There were a notable number of NORTHERN PINTAIL, NORTHERN SHOVELERS, some GREEN-WINGED TEAL, MALLARDS and others too far for him to identify.
Georges sends photos of two rafts, one was in the southern part of the pond, the other in the north-east end, and both seemed to be trying to snooze as if they had arrived from a long journey.
The photos seem to show the pintails nearing breeding plumage with the pin tail up to half what they soon will be and some Northern Shovelers that may be still seem to be moulting out of eclipse plumage or possibly young-of-the-year-birds.

***Leon Gagnon had a young-of-the-year GREAT BLUE HERON stay in his Wilson Point Miscou yard for several days in mid-September, as well as the yard of a neighbour. It would retire for the night in nearby trees and back faithfully the next day.  Leon's photos show the black crown of the juvenile Great Blue Heron, the bicoloured bill and reduced visible rufous in the thigh area so apparent in the adult standing bird or in flight. A pleasant yard visitor for sure.

Barb Brown shares her experience planting some of the non-native trees mentioned in yesterday’s edition in her near Ayer’s Lake home yard. Barb bought a Tulip Tree at “Canadian Tire” in Woodstock 2 years ago—a fairly large sapling about 6ft tall.  It did well the first winter but suffered a bit of twig damage last winter.  It appears to be planning to “hang in there” as long as our winter isn’t too severe with a lot of abrupt freeze-thaw cycles.
She has quite a few Hickories as well, grown from nuts collected on Ile Perrot, just off Montreal Island where they are native (Shagbark as well as Bitternut).  She also has seedlings from White Oak acorns collected in the same location.  The Hickories are having mixed success, with those planted in her vegetable garden doing the best.  Her Bitternut is 5 years old now and still only 3in. tall!  They are all surviving however so Barb thinks it is well worthwhile to at least try to grow them in NB.  She has also had a lot of success here with Blue Beech (Carpinus caroliniana).  Her sapling, grown from a seedling, produced seed of its own this year, for the first time. 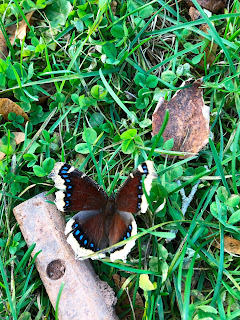 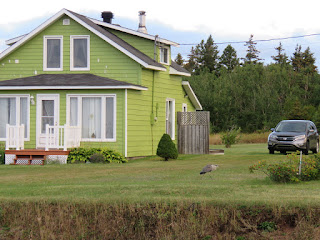 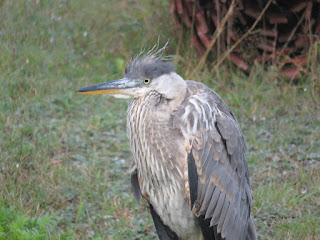 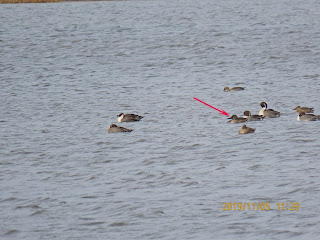 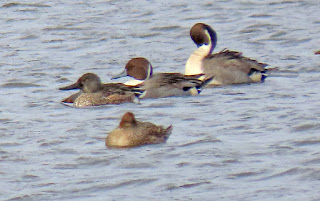 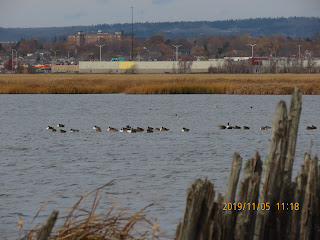 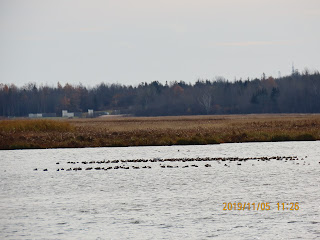