To view the photos mentioned in this edition, go to <http://nminfoline.blogspot.ca>.
One click on each photo brings it full screen

** Before daybreak on Sunday, Brian Coyle could hear what he thought was a COYOTE [Coyote] barking in the field across from his home. He opened his window to confirm that it was indeed a Coyote. It barked and yipped for nearly 15 minutes and continued to do so, even as he ran into the field, in his pyjamas no less. It was dark so he saw no movement.

He returned home and then headed out to his trail cameras, first going to the location of the barking Coyote. He found the tracks just inside the edge of the forest, much farther away than he anticipated, attesting to their vocal skills. The set of tracks struck out to the south, eventually merging with a second Coyote.

In his travels he encountered lots of Coyote tracks, WHITE-TAILED DEER [Cerf de Virginie], SNOWSHOE HARE [Lièvre d’Amérique], and even a set of STRIPED SKUNK [Moufette] tracks coming out of semi-hibernation for a stroll.

Brian also includes a photo of a WINTERBERRY HOLLY bush [Houx verticillé], laden with its colourful fruit and a WHITE-TAILED DEER SCRAPE made by a buck.

** Fred Richards’ workshop is now swollen with 54 TREE SWALLOW [Hirondelle bicolore] and 30 EASTERN PHOEBE [Moucherolle phébi] nest boxes. These are now available, free of charge for members who would like to have some for placing in appropriate sites, any time now, until spring. They should be up by April 15, as these species do arrive back with us early, checking out nest boxes early, tending to leave for a while, then return to the boxes to nest. The swallow boxes have also been used by BLACK-CAPPED CHICKADEES [Mésange à tête noire], EASTERN BLUEBIRDS [Merlebleu de l’Est], and FLYING SQUIRRELS [Grand Polatouche].

The Tree Swallow box project has been going on for several years now, but it’s the first year to try Eastern Phoebe nest boxes. If you would like some of these boxes, leave your name and the number of each that you would like with Louise Nichols at

A huge thank-you for the generous volunteer efforts of Fred Richards on this project!

** Jamie Burris reports that the last day he saw the INDIGO BUNTING [Passerin indigo] visiting his Riverview feeder yard was January 4. He saw it first on December 23, so it was present for 13 days.

The one I had at my feeder arrived on December 5 and was last seen on Dec. 13, giving it a 9-day stay.

** On Saturday, Clarence Cormier had approximately 100 EUROPEAN STARLINGS [Étourneau sansonnet] visit. Only a few checked out the feeder area and one tried unsuccessfully to access suet in an upside-down feeder. They were most interested in the abundant Mountain Ash [Sorbier d’Amérique] berries in the area. Note the winter plumage that gives this bird its name. The speckled plumage will wear off by spring and become nearly black. The bill will be completely yellow by spring. I have been noticing that some of this species already have a partially yellow bill.

** Brian Stone dropped by Mapleton Park on Sunday to find himself quite alone, except for wildlife. Note the bill colour of the MALLARD duck [Canard colvert] as reviewed in the recent workshop. The male is bright yellow, while the female has that dark saddle mark on the orange bill, which readily distinguishes the female Mallard from the female BLACK DUCK [Canard noir] which has a homogeneous pale olive-green colour.

Brian also made a video of walking in ice pellets, reminding him of how astronauts walk on the moon. Check out the short video attached. 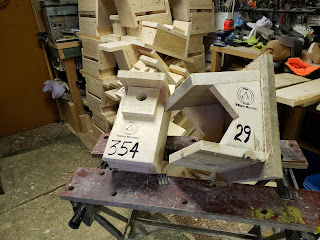 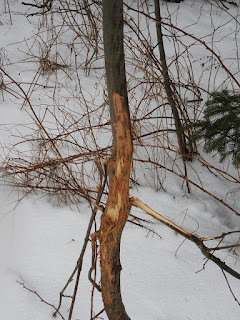 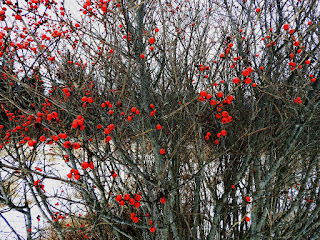 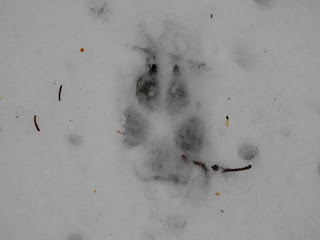 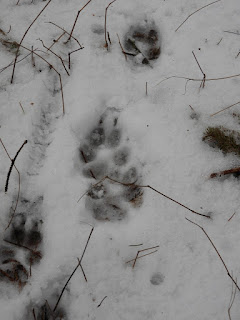 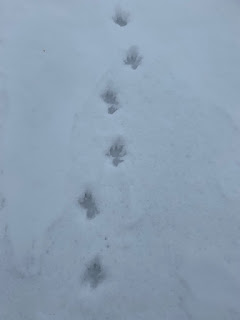 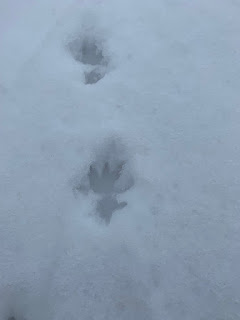 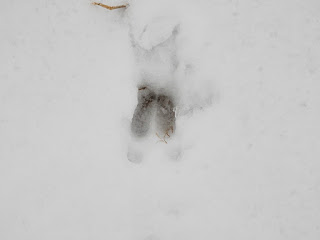 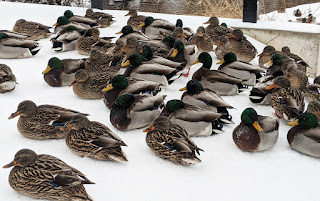 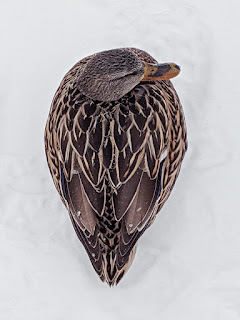 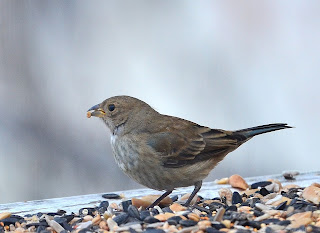 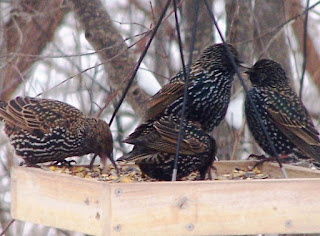