To view the photos mentioned in this edition, go to <http://nminfoline.blogspot.ca>.
One click of photos brings them full screen

** All thanks to Roger LeBlanc for leading a workshop and field outing on Saturday, giving tips on bird identification, emphasizing habitat as much as varying plumage. It was billed as introductory but as expected included various valuable tidbits, such as binocular and scope use. A hike in nearby woods went well, with rain holding off temporarily.

Brian Stone photographed a Lung Lichen on a tree with the algal portion showing a very bright green in the wet conditions.

** Dave Christie came across a special surprise on January 6, when he spotted a YELLOW-BREASTED CHAT [Paruline polyglotte] along the interpretive trail to Mary’s Point Beach, where the marsh and alders meet. He saw it well with binoculars, but as the camera went up, it flipped away in that skulky Yellow-breasted Chat fashion. Dave has been watching for it closely since then, but no luck as yet. He has not seen a Yellow-breasted Chat in winter at Mary’s Point, but has seen them at Fundy National Park and Alma occasionally in past winters.

On Jan. 11, Gulls and BLACK DUCKS [Canard noir] were taking advantage of foraging as the higher tides of the full moon moved onto the marsh. He noted approximately 50 HERRING GULLS [Goéland argnté] and RING-BILLED GULLS flopping around as the tide raised grasping tidbits. Often the majority of Ring-billed Gulls have left this area for the winter by now. Possibly the warmer weather is having them linger longer.

Dave has also been seeing flocks of AMERICAN ROBINS [Merle d’Amérique] at Mary’s Point, ranging from 15 to 50, enjoying the abundant MOUNTAIN ASH [sorbiers]. He is also noting large quantities of spruce seeds on the snow. Obviously the wind has been dislodging them from the now-ripening cones. It will obviously make a great wild food for sparrows and juncos. 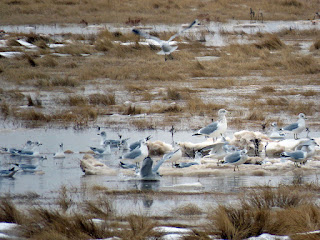 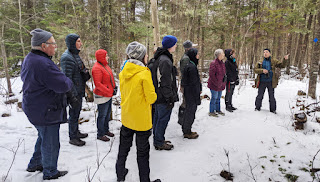 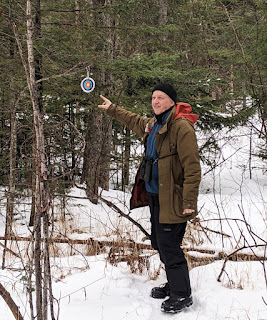 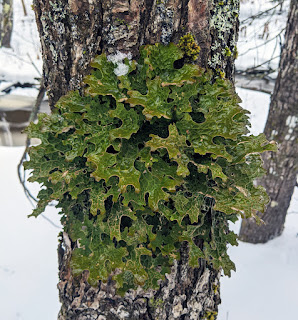