** It is so great to be able to mention Eastern Bluebirds [Merlebleu de l'Est] every few days. Stella LeBlanc heard, and later found, a female bluebird in their Bouctouche yard earlier this week. It was back again on Saturday evening in a lightning storm, but Jean-Paul did Gerta photo. The nest site is not known but it must be in the area.

** Louise Nichols took a walk behind the Beaubassin Research Station on Sunday morning. This is located by driving down the dead-end road past the Irving Big Stop in Aulac but turning to the right towards the former house, now a Federal Research Station. Louise comments that it was a very lively area with lots of action. Four species of sparrows were present, and all vocalizing, being Song [Bruant chanteur], Savannah [Bruant des pres], Swamp [bruant des marais], and Nelson's [Bruant de Nelson] and got a great photo of a Nelson’s Sparrow vocalizing.

She also saw a Pied-billed Grebe [Grebe a bed bigarre ] on a nest in one of the impoundments. The photo shows the adult grebe beside the nest and a young grebe in it.

Two Common Ravens [Grand Corbeau] fledglings were in one tree and a parent in a nearby tree. All were calling to each other and it can be seen in the photo that the young are now adult size, but note the thickened area at the commissure of the bill that indicates a recently fledged bird.

“Actually, the back of the head on Louise’s photo is black which rules out Beaverpond Baskettail (so do the shape of the appendages). This is a Spiny Baskettail which is our other common and widespread Baskettail.

Gilles attachs cropped and edited versions of Louise’s photos to point out the two things he is referring to and also attached photos of what they would look like on a Beaverpond Baskettail.

** Cathie Smith reports seeing five Turkey Vultures [Urubu a' tete rouge] perched on fence posts, as they drove across the Harvey Dam pasture area on Saturday. This area, Memramcook and Quispamsis areas, have become hotspots for Turkey Vultures. However, they seem to be getting more frequent everywhere in New Brunswick. They are welcome re-cyclers and it is pleasing to watch their effortless flight-style, using the air currents to support their dihedral flight pattern that ends up in nearly effortless flight.

** Aldo Dorio got another photo of one of our several syrphid flies', a.k.a. flower flies that imitate wasp species as a protection measure. They sometimes get the handle hover flies, as many of them tend to hover.

** Vipers Bug-loss [Viperine vulgaire] is a plant blooming at the moment. It's an introduced species often seen roadside, as many of our introduced species are. It's a rather striking flower and an erect plant that can easily grow to waist height or higher. It tends to prefer alkaline areas and seems to becoming more common. A few photos of some noted on Sunday are attached. 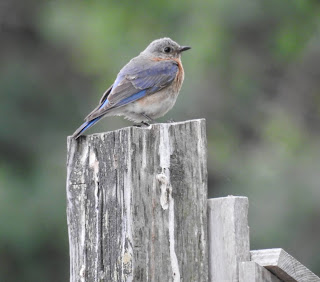 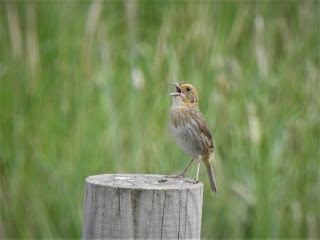 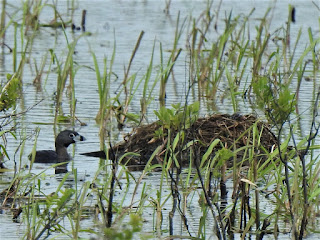 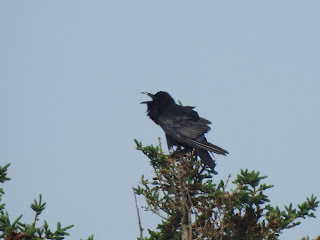 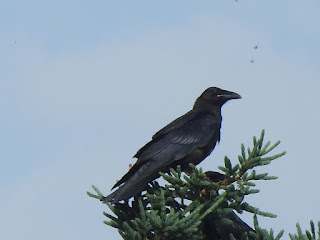 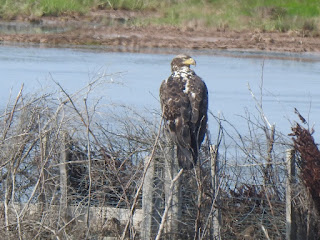 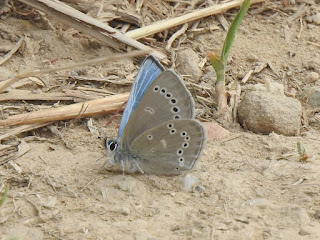 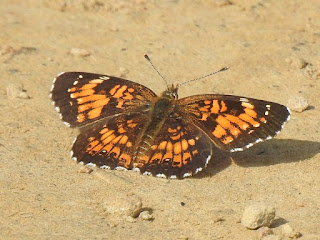 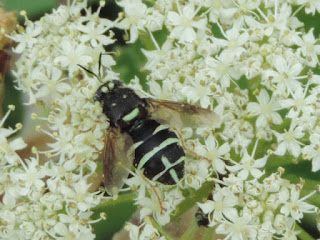 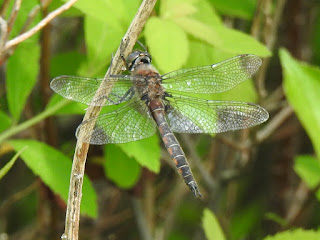 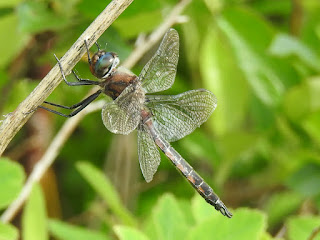 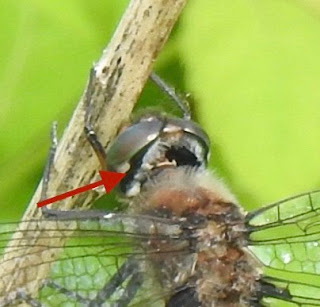 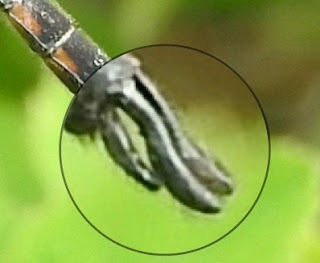 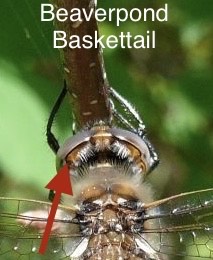 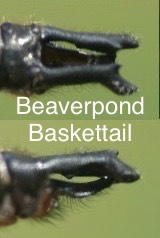