** Georges Brun paid a visit to Bis Marsh (Chartersville/Dieppe) on Tuesday. With the recent rain the pond is gradually filling with much needed water in order to maintain aquatic insects for migrating birds. Georges estimates approximately 40 shorebirds, mostly YELLOWLEGS, were present but among them were other smaller species of shorebirds which he was unable to identify. While leaving the area he spotted a PEREGRINE FALCON [Faucon pèlerin] roosting atop a hydro pole and later a second Peregrine Falcon came over top the roosting falcon but left shortly thereafter. Eventually the Peregrine Falcon left the area.

Early Wednesday morning he noticed what appeared to be a few logs floating up the Petitcodiac River and eventually it was realized that these were remnants of the roof of a small shed. He noticed 2 birds roosting on the floating objects and upon closer observation he saw a BONAPARTE'S GULL [Mouette de Bonaparte] and a COMMON TERN [Sterne pierregarin].

The greater part of the CANADA GEESE [Bernaches du Canada] population are now able to fly.

** Roger Leblanc has been doing some shorebird scouting. He was surprised to find the Riverview Marsh pools almost dry at the moment after the heat and lack of rain but that could evolve over the next few weeks. He watched an adult PEREGRINE FALCON [Faucon pèlerin] on the Dieppe Marsh, which may be the same one that Georges Brun was eyeing. The find of the day for Roger was  PHILADELPHIA VIREOS [Viréo de Philadelphie] … both an adult and a young bird. This is a common bird in northern New Brunswick but quite uncommon in south/eastern New Brunswick. Folks could locate and see this bird by refreshing on its vocalization and looking for it that way. The area is located by taking Louis St. off Amirault St. in Dieppe to the walking trail. Walk down to the main trail and turn right, then right again onto a trail that goes through a small wooded area. Roger saw and heard the Philadelphia Vireos there.

**Great to get reports from the Fundy Trail Parkway.

While Jim Carroll was solo birding off-road on the Parkway Wednesday, he encountered a Black Bear. Walking along a logging trail he heard a large animal movement in the bushes to the side of the trail. It was too methodical a movement to be a deer so stepped to the other side of the trail to wait for whatever it was to move along. To Jim’s surprise a Black Bear walked onto the trail approximately 30 ft ahead. It had its back to him and did not notice him until it heard camera sounds. It rushed back into the bushes and as Jim did not hear it move away he slowly moved backwards to distance himself from any potential trailing cubs. After waiting a few minutes Jim resumed his bird search. Once again the bear popped out of the woods, this time facing him and once again appearing surprised to see him. After a momentary pause it went back into the bushes where it was making huffing sounds. Jim comments “I interpreted that and the moose I could see in the background as the universe whispering softly to me to head in the direction I came from. I obeyed.”

** Jane Leblanc sends a photo of a posing GREEN FROG [Grenouille verte]. Jane comments that her yard pond has many tadpoles and froglets in many stages of development. A photo shows a froglet still with tail remnants. Jane is also seeing young YELLOW-SPOTTED SALAMANDER [Salamandre maculée] larvae.

** Bev Schneider sends a photo of a LION’S MANE JELLYFISH. There are a huge number of them this year in the Gulf of Maine and the Gulf of St. Lawrence. They saw hundreds of these on the shores of the Acadian Peninsula on a recent visit. They are normally about 6 to 8 inches across. Bev listened to an interview with a researcher on them on CBC and there are huge numbers this year and also some gigantic ones (4 to 6 ft. across). They do sting and there is an ecological problem with them because of the fish and plankton that they eat. Bev’s photo shows the tentacles that are the stinging fibers. The Leatherback Turtle feeds on these which would make it a good year for possible sightings of this huge turtle.

** Fred Dube had a visit from the colourful ROSE HOOKTIP MOTH showing its hooked wing tip nicely. Fred also got a nose to nose photo of a BALD-FACED HORNET [frelon chauve]. This is an aggressive wasp and it is the one that builds the sometimes basketball sized paper nests, usually in trees.

** SEASIDE PLANTAIN, aka GOOSE TONGUE, is a very popular edible salt marsh plant. I am used to seeing it, but this was the first time I have noted it in bloom. A few photos are attached. 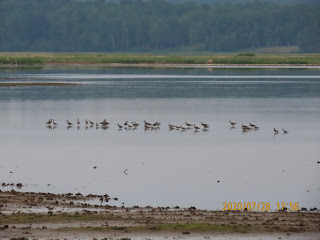 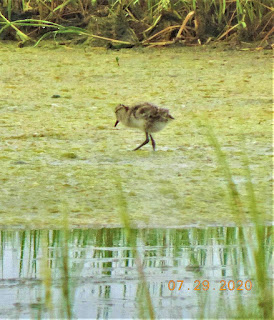 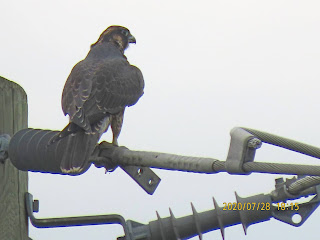 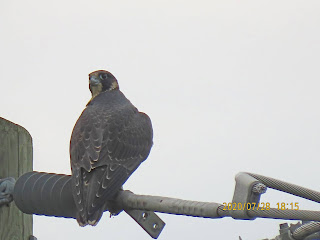 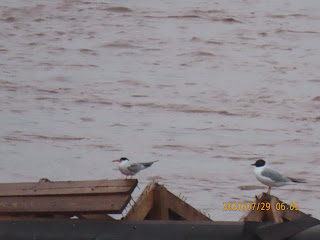 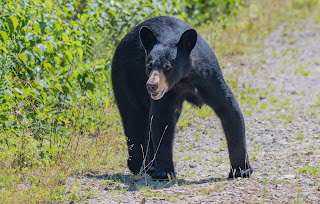 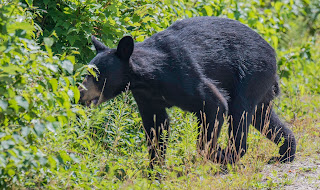 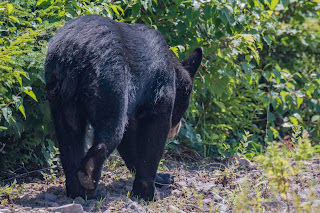 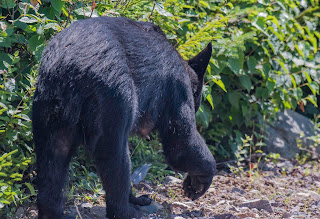 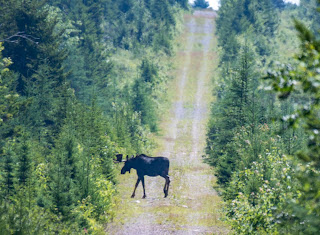 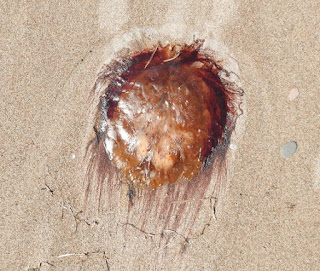 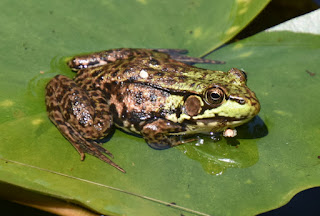 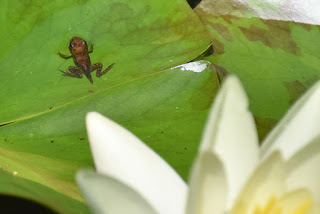 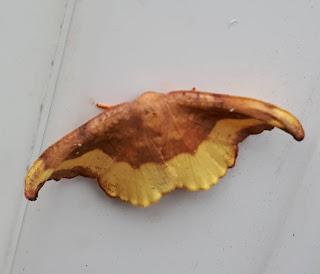 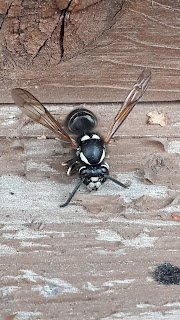 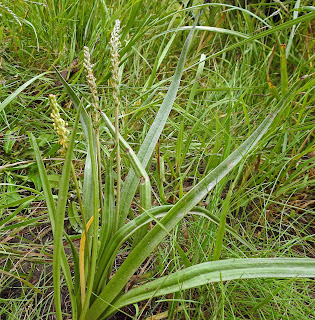