To respond by e-mail, please address your message to the information line editor nelsonpoirier435@gmail.com.

** Roger Leblanc visited the Bis Marsh on Thursday.  He notes PEREGRINE FALCONS [Faucon pèlerin] seem to monitor the area very closely, and it’s possibly a good place to see them.  He watched two immature Peregrine Falcons in the area for an hour on Thursday.  A few shorebirds were present, notably GREATER YELLOWLEGS [Grand Chevalier] and LESSER YELLOWLEGS [Petit Chevalier] and a few SEMIPALMATED PLOVERS [Pluvier semipalmé].

** Doreen Rossiter is noting a bird flying about her neighbourhood that she is uncertain about, and she suggests others keep vigilant when in her Alma/Foster Rd area.  She did have a female NORTHERN CARDINAL [Cardinal rouge] drop by her yard on Thursday which was, as always, a welcome visitor.

** Aldo Dorio got a photo of a LEAST SANDPIPER [Bécasseau minuscule] at Hay Island on Wednesday.  The peeps are starting to move down to join us for a while.  This photo was removed from the Blog Spot yesterday and there was discussion on identity, but Least Sandpiper labelling won the day.

** It’s Friday already and time to get a preview of next week’s Sky-at-a-Glance, courtesy of sky guru Curt Nason.

This Week’s Sky at a Glance, 2020 July 25 – August 1
They say it is the little things that count, and if you are counting constellations there are four little ones lined up in the southeast toward late evening. Start your search with the Summer Triangle, which is composed of the brightest star in each of three constellations: Vega in Lyra the Lyre, Deneb in Cygnus the Swan, and Altair in Aquila the Eagle. Sagitta the Arrow is a distinct shape between Altair and Albireo, which is at the head of Cygnus. The arrow, poisoned with the blood of the Hydra, is one of those shot by Hercules to kill the Stymphalian birds as his sixth Labour.

Between Sagitta and Albireo is obscure Vulpecula the Fox, which at one time was two constellations called the Little Fox and the Goose. Vulpecula is known best for having the binocular object M27, the Dumbbell Nebula, within its borders. Below Sagitta is the eye-catching Delphinus the Dolphin, seen leaping out of the watery constellations that hug the horizon below. The dolphin was given its place of honour in the sky by Poseidon for convincing beautiful Amphitrite to be his wife. Below Delphinus and just off the snout of Pegasus the Flying Horse is Equuleus the Little Horse, the second smallest of the 88 constellations. Perhaps representing the foal Celeris, an offspring or brother of Pegasus, it was one of the 48 constellations included in Claudius Ptolemy’s second-century map of the sky.

The Moon is at first quarter on Tuesday and it spends the week sneaking up on Jupiter. Both Jupiter and Saturn are in the southeastern sky during evening twilight. Telescope users might see Jupiter’s Red Spot around 10 pm Wednesday and 11:30 pm on Friday. Just past opposition, Saturn’s rings appear brighter than usual because their icy components reflect sunlight directly toward us, a phenomenon called the Seeliger Effect. Mars has brightened to magnitude -1, and over the next couple of months it will rival Jupiter’s brilliance in the evening sky. Mercury is also brightening, making this a great week to spot it as it rises an hour and a half before the Sun. Venus, the brightest planet, dominates the morning sky.  Having recently passed its closest point to the earth, comet C/2020 F3 NEOWISE is zipping westward by about three degrees per day and should remain a stunning sight in binoculars. 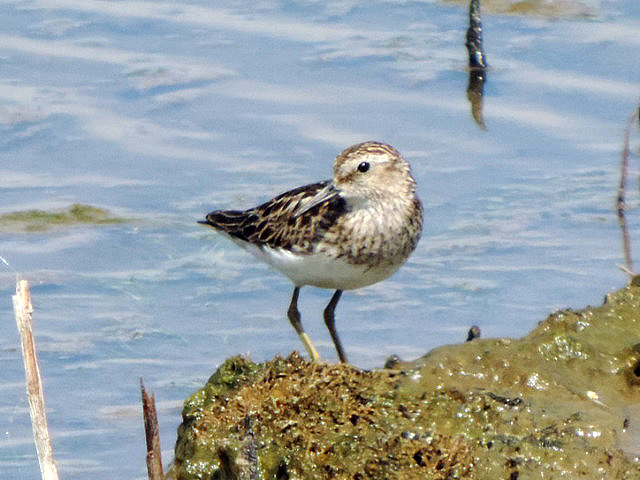 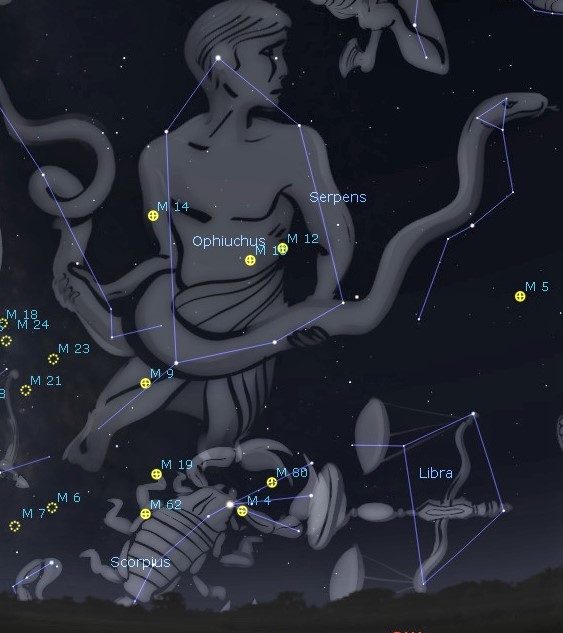