** It is interesting to have 2 separate reports of a male SCARLET TANAGER [Tangara écarlate] in one day. Catherine Hamilton in Anagance had a Scarlet Tanager vocalizing loudly in her yard on Tuesday evening and got 2 nice photos. What a beautiful bird!

Catherine also noted the grass moving in a clearing in the woods to find a baby fawn WHITE-TAILED DEER [Cerf de Virginie]. She backed away quickly and hid behind a tree so as not to disturb it and then watched as it got up with its wobbly legs and go into the woods where she suspected its mother was waiting. The wobbly legs do suggest that this fawn was probably recently born as they become agile quite quickly.

** Phil Riebel captured a photo of a male SCARLET TANAGER [Tangara écarlate] when on an early morning walk through French Fort Cove park in Miramichi on Tuesday Morning. He heard the unfamiliar, clear vocalization and followed it to get the prize. Birding by ear can surely have its rewards.

** Fred and Sue Richards had the beautiful LUNA MOTH visit their Taylor Village yard and chose a very wise spot to day perch in some greenery and it surely does fit right in. A beautiful full screen portrait shows those fine markings and the long perfectly folded tail. It is obviously a very fresh specimen. Every part of its relatively delicate wingspan is perfect.

** Jane Leblanc was out and stopped to pish out a few birds to have a SNOWSHOE HARE [Lièvre d’Amérique] pop out for a photo instead. It had ticks in the ear which is very common this time of year. These ticks are very host specific to the Snowshoe Hare (or domestic rabbits) in New Brunswick and will not get on other animals or humans.

** Aldo Dorio photographed a GREATER YELLOWLEGS [Grand Chevalier] at Hay Island on Tuesday. I assume it is passing through a bit later than its kin to breed to the north of us. I have seen them nesting in trees in Labrador so I assume they do not go as far north as some of our shorebirds do.

** Brian Stone got a photograph recently of a SALT MARSH CATERPILLAR. This caterpillar overwinters in a cocoon and will become a moth with white speckled forewings and yellow speckled hindwings called the SALT MARSH MOTH as an adult. The caterpillar is very variable but the large orange-brown warts with heavy clumps of setae (hairs) are a clue. It is definitely not restricted to salt marshes as the name suggests but it is popular habitat for it.

Brian also got an interesting photograph of one of our native Tiger Beetles during the very hot day of Monday. These beetles usually move away very fast when approached so weather may have contributed to its cooperation. We have a small dozen species of Tiger Beetle species in NB. In consult with Dwayne Sabine, he identified this one as the TWELVE-SPOTTED TIGER BEETLE and am sharing Dwayne’s comments below:

It is a TWELVE-SPOTTED TIGER BEETLE (Cicindela duodecimguttata). Probably our commonest species, found everywhere from coastal beaches to forest roads.

They rear up like that on their tippie-toes on hot sunny days. The temperature on a sunny day is always hottest right at the ground, so the beetle is standing up so its body is in a slightly cooler layer of air. 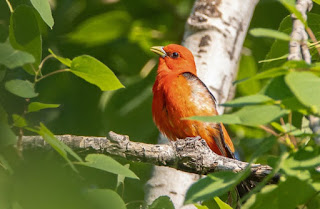 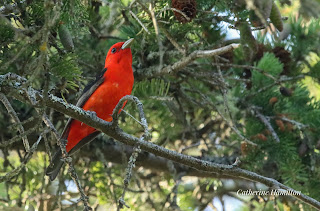 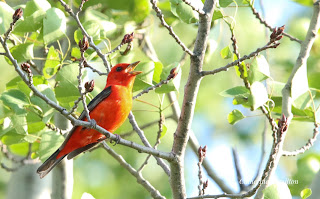 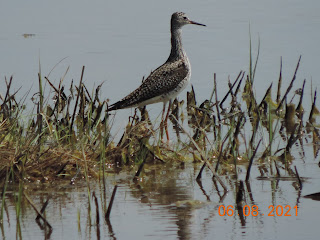 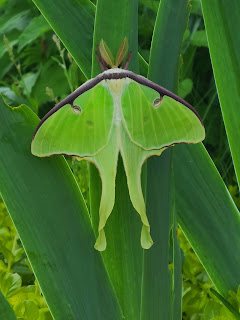 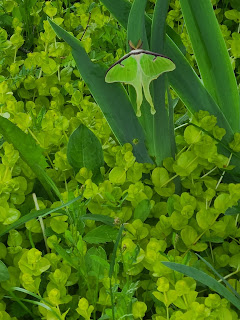 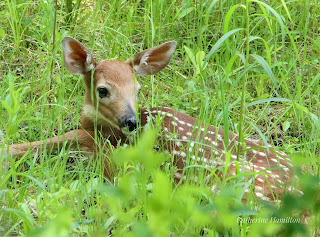 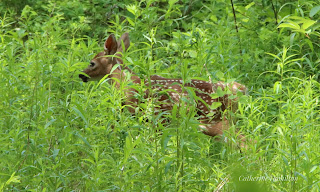 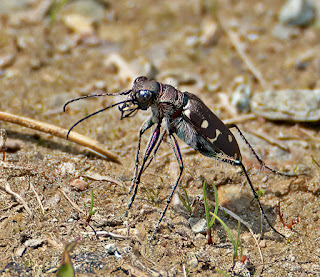 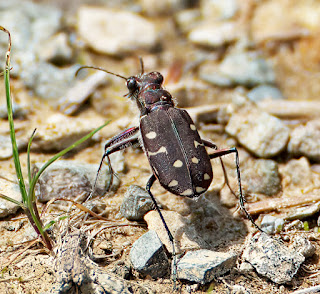 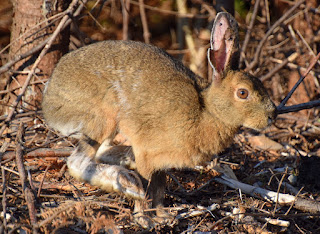 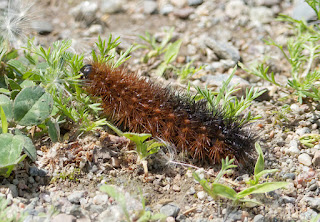 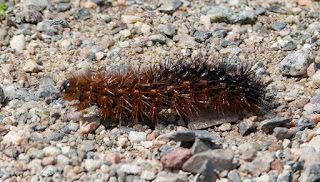