**Yvette Richard had a busy birding day on Monday. A stop at the Sackville Waterfowl Park provided AMERICAN WIGEON and MALLARD DUCKS, Cape Tormentine had a very alert GREAT BLUE HERON with OSPREY en route, and McManus Pond in Memramcook hosted several WOOD DUCKS some of them still in summer eclipse plumage but others seemed to be well in process of taking on breeding plumage again.

**Another photo of a young-of-the-year CEDAR WAXWING feasting on Chokecherry in her Nelson Miramichi yard by Verica Leblanc.  This bird is seeming to start to molt to more mature plumage as there is evidence of a blush of yellow on the chest area with streaking subsiding.

Verica also includes a photo of a duo of SONG SPARROWS  in the Chokecherry tree as well checking out the possibilities, and a RED-EYED VIREO also posed nicely.

**Aldo Dorio sends images of a fall version of a GREEN-WINGED TEAL at Hay Island showing it out of breeding plumage, however the green speculum flashes nicely.

**Still, lots of comments on later than normal RUBY-THROATED HUMMINGBIRDS.

Bob Blake reports they had a hummingbird come by on Monday and still lots of reports on the Listservs.   No unexpected species of hummingbirds reported yet, but it is that time.

**On Monday morning I heard a CHIPMUNK vocalizing from up a tree, a place Chipmunks don’t often go being terrestrial.  When in a tree they tend to make a vocalization, we don’t often hear which sure made me look back 25 to 30 years ago when I heard this call and couldn’t decide what bird it could be.  I taped the vocalization and on a now very dated tape recorder and called Stu Tingley (he used to answer calls in those days) and he said he recognized it but couldn’t recall the source.  A second call to Dave Christie said, ‘It sounds like a chipmunk” to which I responded, “Sure didn’t sound like the chipmunks I had heard before”.  Dave responded, “They will make that call if up in a tree.”  Of course, Dave was right, and I have heard it many times since.  I recorded a video of it.  Turn up your volume and take a listen to it at the attached link.

**Am adding a few mushroom specimens noted among the many fruiting at the moment.

A photo of the BRACELET CORT shows the bands on the stalk to make it a relatively easy one to recognize.  The cobwebby partial veil of the Cortinarius group shows between the stalk and the cap.  It is not a suggested edible.

The DYER’S POLYPORE is a relatively large mushroom that is known for its chemical components sought after for dying fabrics to give interesting colour tones.

The BLUSHER is a member of the Amanita group that actually is not toxic but not used as an edible due to its toxic relatives.  It tends to have reddish blotches on it and the enlarged base of the stalk characteristic of the Amanita genus.

A few photos of the DESTROYING ANGEL are shown.  This is our most toxic mushroom and is deadly in amounts over 2 ounces.  It tends to grow singly or occasionally in duos.  The pure white and very large bulbous base, that is usually under the ground   level is exposed in the photo to show it and an attempt to show the draping like apron partial veil. 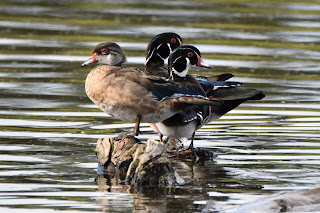 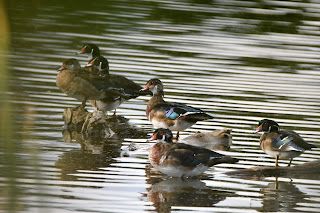 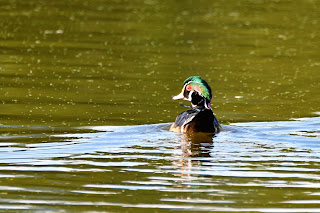 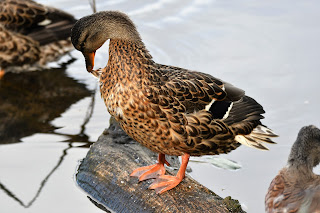 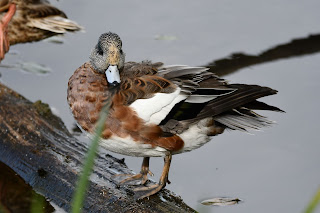 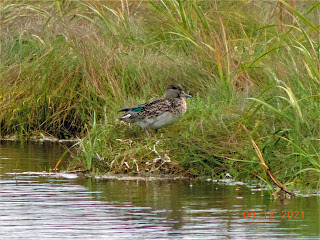 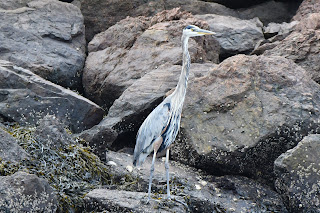 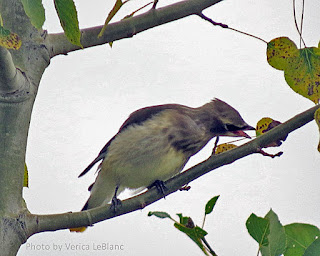 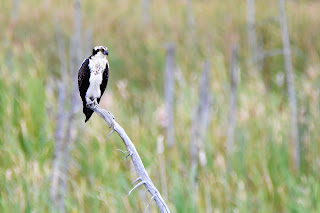 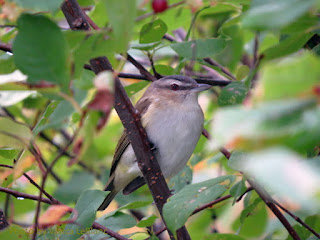 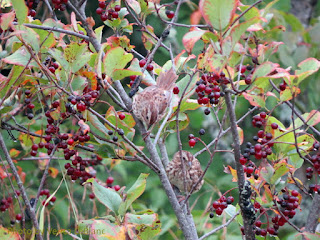 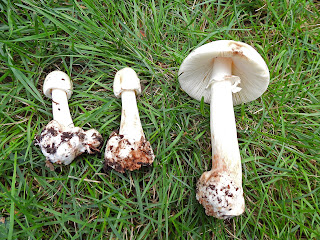 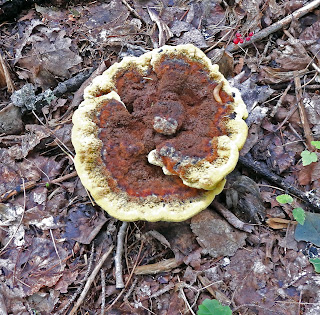 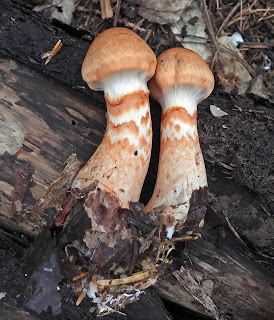 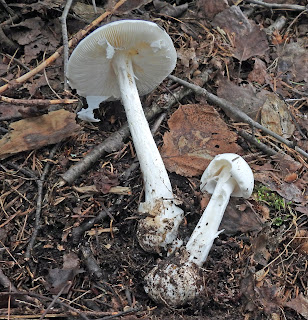 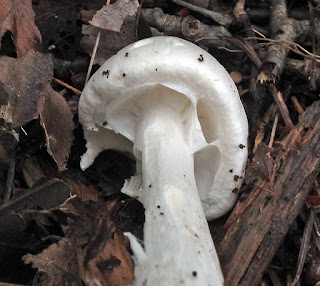