** Rick Elliot had a pleasant surprise visitor to their Waterside yard on Sunday, when a handsome male SPRUCE GROUSE [Tétras du Canada] appeared in a yard tree. It’s always nice to see a Spruce Grouse. They are much more bold than a Ruffed Grouse, but much less commonly seen.

** Frank Branch’s photos of the CAROLINA WRENS [Troglodyte de Caroline] that he has seen on Miscou Island in late August and recently in October arrived too late for posting on the Blogspot yesterday, so they are posted today. To repeat, Frank and Michel Roy confirmed two different individual Carolina Wrens travelling together on Saturday on Miscou Island.

** Daryl Doucet has had a GRAY SQUIRREL [Écureuil gris] arrive to check out his feeders’ selection and is convinced that it is the largest he has ever seen. He is hoping it may decide that someone else’s feeders are more desirable and keep his bird-feeder budget within his means. Darrell is also having his first visit of a HOUSE FINCH [Roselin familier]. I am noticing the same thing. This very urban, year-round species seems to find lots of wild food in summer, but cooler days soon bring them to feeder yards.

** Mac Wilmot shared a photo of a freshly emerged group of HONEY MUSHROOMS [Armillaire couleur de miel] in yesterday’s edition and was in the process of making a spore print to assure their identity. However, while that was in progress, some wild species felt a spore-print was unnecessary and completely pillaged his patch. Mac comments there are WHITE-TAILED DEER [Cerf de Virginie] and many Gray Squirrels around, of which he is very suspect. Maybe the over-sized Gray Squirrel visiting Daryl Doucet fattened up on Mac’s mushroom patch!

** John Hamer had his camera aimed at the right moment to capture a NORTHERN GANNET [Fou de Bassan] making one of its dramatic dives for a fish prey. We can expect to see this more frequently at this time of year, as the huge breeding colony on Bonaventure Island, off the Gaspé coast, migrate south fueling their way off our coast line. It would be very unusual to actually see a Gannet with a fish in its bill on emergence as it slides its prey down very promptly.

** Jane LeBlanc got a mushroom surprise when she found some striking small yellow mushrooms enjoying life in an indoor spider-plant pot. Jane photographed the duo just after they appeared and a few days later as they opened up. The ones that do this with indoor plants are often LEPIOTA a.k.a. Leucocoprinus species, but I’ve seen them in other colours as well. They give a nice added value bonus to an indoor plant, and both happily exist.

** The AMERICAN DAGGER-MOTH [Acronicte d’Amérique] caterpillars are still on the move. John Massey came across one that co-operated for a photo. The one we found in Mapleton Eco Forest last weekend enjoyed several Red Maple leaves and is now in a cocoon under a layer of soil in an aquarium, to be safely released next spring when it emerges.

John also sends a nice photo of a SNOW GOOSE [Oie des neiges] on Ile-aux-Coudres in Quebec, where he visited a few weeks ago, to see the mass migration of this species through Quebec.

** Georges Brun adds a few more photos of regulars that he has been seeing in the Bis Marsh in recent days. There is no doubt that this marsh is very rich with wildlife right beside the cities and thus close at hand, to drop by and enjoy. Hopefully, Georges’ concerns will come to the attention of those who can help and be made aware of its value.

** Brian Stone comments on yesterday’s report of AMERICAN ROBINS [Merle d’Amérique] report being so irregular. He reports that there are still lots of Robins foraging regularly in his Moncton backyard, between 4 and a dozen most days. 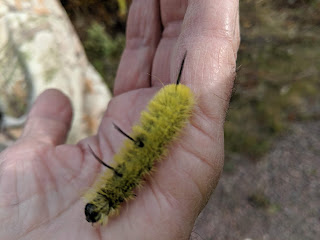 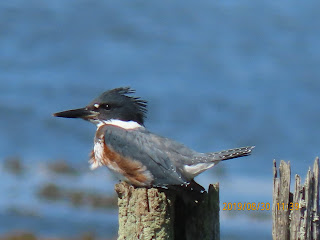 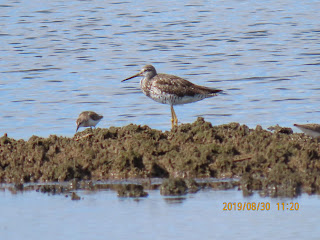 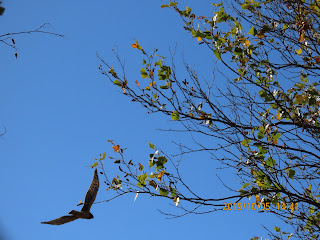 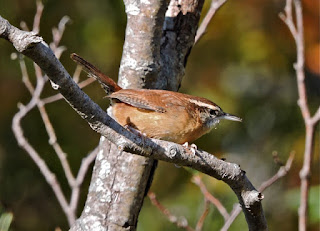 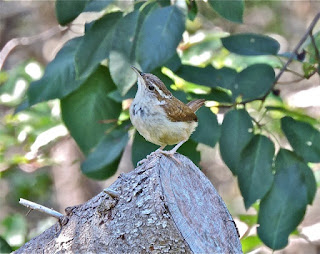 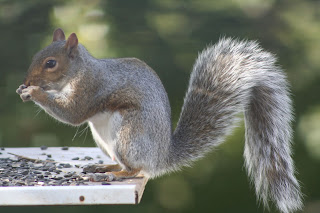 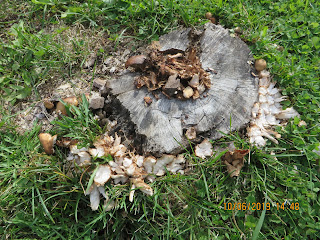 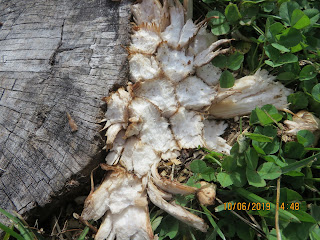 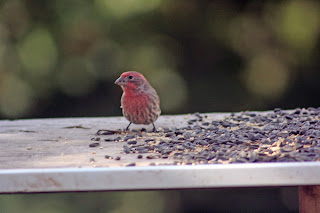 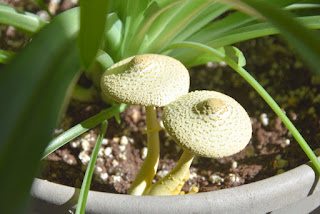 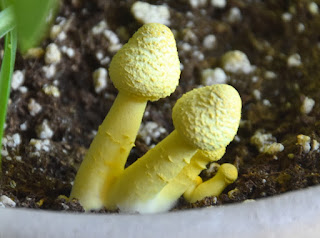 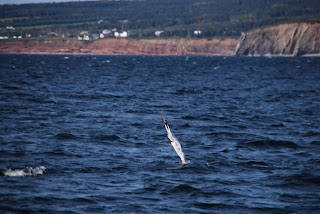 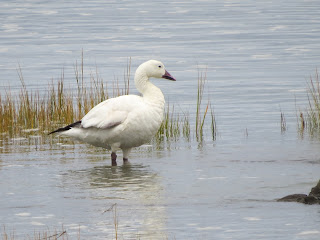 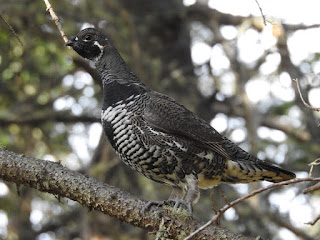