** Dale and Helen Halfpenny share some great finds they found on a visit to Fundy National Park area on Sunday. They found a COLTS FOOT in bloom. They also spotted a RAVEN’S [Grand corbeau] nest on a cliff face. Note an adult low in the nest (where an arrow is pointing). The construction surely seems to have some large branches!  They also came across a large track/ trail crossing the highway. The tracks are very consistent with feline, showing the rounded character, no claw marks and the circular band between the front toe pads and the hind pad. The measurement of 5 ½ inches is very consistent with that of a LYNX. They came across another trail crossing the road and down an embankment, very suggestive of a RIVER OTTER [Loutre de rivière], with that slide that River Otters love to make when downhill presents the opportunity.

** Jean-Paul LeBlanc was able to get better photos of the two HARPS SEALS on an ice flow between Bouctouche and Saint Thomas on Monday. They were also able to see two pups! This is the expected whelping time of the Harp Seal.  Laurie Murison again reviewed the improved photos and comments “The one on the left is definitely a pup unless there are rocks on the ice.  The seal next to it looks like a Harp Seal but the one on the right and I was deliberating about this in the photo you sent the first time is very spotted and maybe a Hooded Seal female. Harp seal female bellies are not spotted.”
Jean-Paul also photographed a LONG-TAILED DUCK [Harelde kakawi] near the Saint Thomas wharf.

** Raptors and owls can sometimes leave very distinct imprints in snow when they zero in on prey under the surface. The RAVEN [Grand corbeau] can come surprsingly close. Pam Novak at the Atlantic Wildlife Institute recently saw a Raven do a launch for prey - to leave a perfect wing and tail imprint. The snow was apparently not deep, as it left a claw imprint on the ground, and also a trail as it sauntered off before taking flight. It is amazing how these birds are able to detect prey under the snow and take the prey with such precision. The raptors and the hawks are no doubt the masters of the art, but the Raven can surely do a good imitation.

** Peter Gadd in Miramichi had what he thinks is a first visit to his feeder yard by a male HOUSE FINCH [Roselin familier]. As luck would have it, Peter captured a photo of a male House Finch and a male PURPLE FINCH [Roselin pourpré] on the same feeder to compare them. The streaked breast and the uneven rouge blush of the variable House Finch shows nicely. The notched tail of the Purple Finch shows well, however the more squared-off tail of the House Finch is not in view. This is not an easy side by side photo to get, and Peter also comprised a composite that shows some of these features from a different angle.

The AMERICAN GOLDFINCH [Chardonneret jaune] may not nest until mid-summer but the males are starting to get that moth-eaten look of bright yellow patchy plumage, as Peter so nicely captured.

** After the Nature Moncton visit to the Irving Research facility in Sussex last November, Jane LeBlanc planted some WHITE PINE seeds. Jane sends a photo of one she planted on December 1st, 2019. She comments it has not gotten a lot taller, but the stem is appearing more ‘woody’ and there is new top growth.

** There are more MERLIN [Faucon émerillon] photos coming in; many Merlin do migrate southerly in winter but it does seem more and more are staying in the area for the winter, but more will be returning now.  Brian Stone had a male Merlin cooperate atop a tree top perch on Gorge Road on Monday as it glared down on him in seeming disgust. Brian also photographed a SONG SPARROW [Bruant chanteur] in full song as several others were doing in the area, as well as a nice under view of a CEDAR WAXWING [Jaseur d'Amérique]. 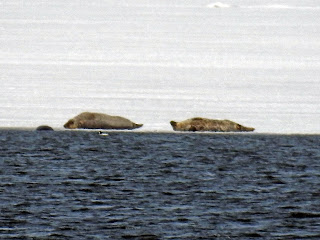 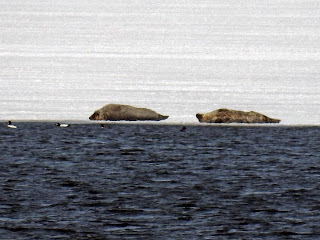 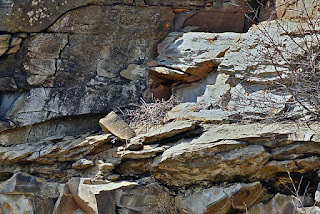 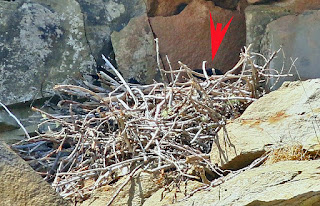 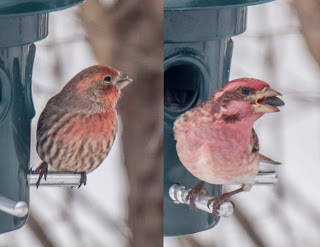 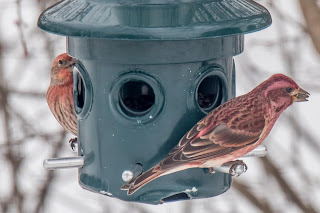 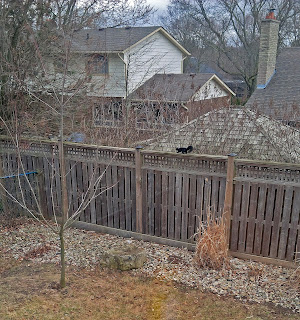 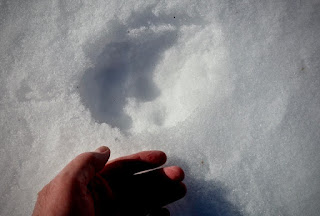 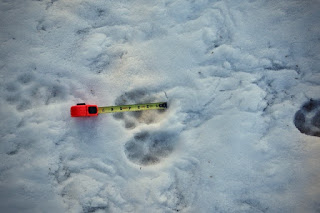 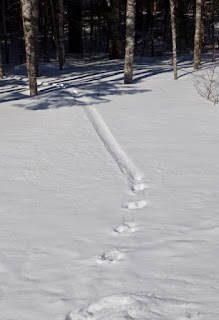 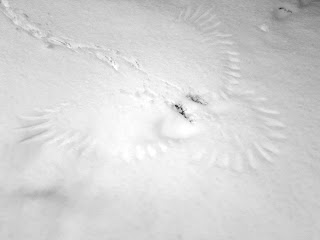 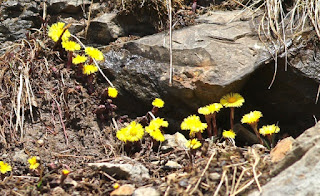 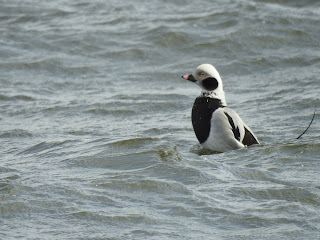 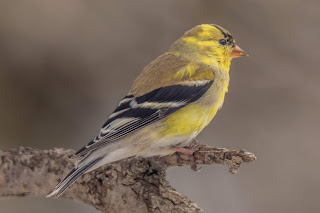 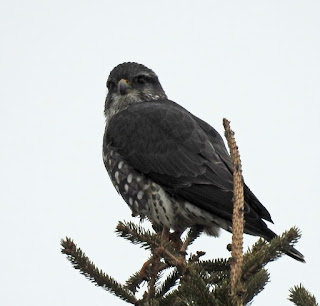 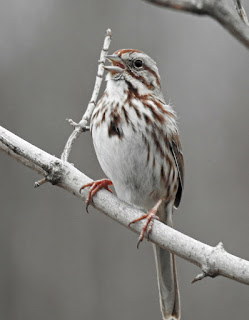 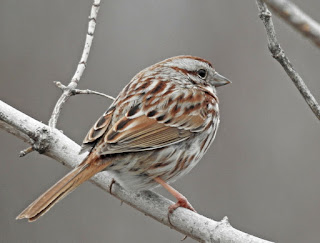 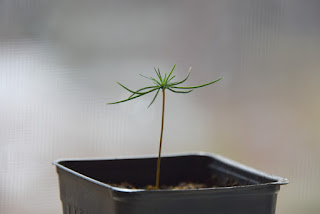